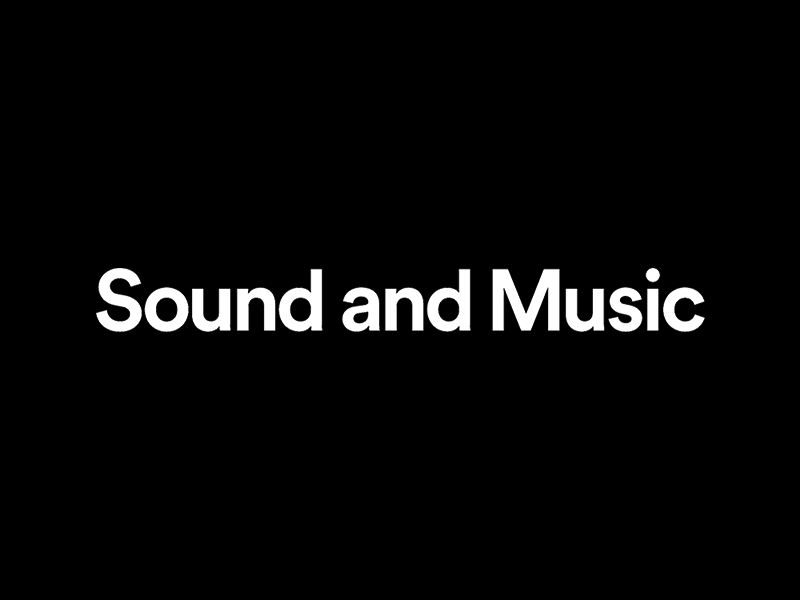 In 2019, Marilyn Herman was selected for a Francis Chagrin Award. This award is for composers who are looking for a quick financial injection to help get them to the next stage in creating new work. This could include copying or preparing scores, paying for microphones, speakers, tape recorders, translation costs, studio hire, album engineering and more.

Marilyn Herman is a composer and also holds degrees in music and social anthropology, including a D.Phil. in Anthropology of Music from Oxford University.

She used the Francis Chagrin Award to support the costs involved in producing two moving new works, ‘Rozsa’s Wish’ and ‘The Angel of Chomutov’.

We sat down with Marilyn to hear about the beautiful new works she created after receiving the award, and how the support enabled her to make these a reality.

Before receiving the Francis Chagrin Award, how would you describe your work, and where you were professionally?

I come from a very varied musical background, having learnt the piano from the age of 6. In the 1990’s I did a lot of jazz singing and improvisation and even went to Manhattan to do jazz!

I also have an academic music background, having studied the Anthropology of Music, specialising in the music of Ethiopian Jews. I immersed myself in their music when I joined an Ethiopian band. Before that I had done a significant amount of research into Yemenite Jewish music.

Being Jewish myself, my music as a composer has always included Klezmer influences. Whilst being essentially classical music, my work is also heavily influenced by jazz and world music.

I applied to the Chagrin award to support two works. Coincidentally, I was actually stranded in Paris when I started writing ‘Rozsa’s Wish’, which was exactly where Francis Chagrin, who was a Romanian Jew moved to, when his family failed to support his musical ambitions. He then settled in England in 1936, where his contribution to the British war effort in WW2 was carried out in the French branch of the BBC Overseas Service. Because of his move to Paris as his new adopted home, I felt it was appropriate that I had received this award and was working on much of ‘Rozsa’s Wish‘ in Paris!

Tell us about the work you created as a result of the award. How did the Francis Chagrin Award support your project?

The award enabled me to develop and realise two compositions ‘Rozsa’s Wish’ and ’The Angel of Chomutov.

‘Rozsa’s Wish’ is based on the last words of my grandmother, Rachel Rózsa, who was deported to Auschwitz in 1944, where she perished. This composition is based on her final words, “I have lived. Just that you should live.” But it’s not a dirge – I added the words “I have lived, in joy, in abundance, with hopes, with dreams”. At the point where she was about to be murdered, she resigned herself to having lived her life (although she was in her early 40s), but she just wanted her children to survive and have a chance to live their lives. All four of her children survived, so in this way, her wishes were granted. The work is about this.

The Chagrin award provided help with the expenses involved in having the text of this work translated into my grandmother’s mother tongue, Hungarian. I decided to engage two translators for ‘Rozsa’s Wish’ and received two very different translations, so there was a lot of back-and-forth with them while I tried to negotiate the meaning closest to that intended! It also financed a session with a Hungarian language teacher, who is also a musician, to ensure that the musical setting was idiomatic to the Hungarian words. It also enabled me to produce a video to coach the singer in pronouncing the Hungarian text.

The second piece, ‘The Angel of Chomutov’ was a work that I had been intending to compose for a number of years, in dedication to an amazing, unknown heroine. I even visited Chomutov in preparation, to see what kind of a place would produce such a heroine, and interviewed some people who had been alive during that time, including a woman who had witnessed the death march when she was only 13.  I then made a return visit to record the main church bells for the composition.

It is based on an event that occurred when my father (aged 14) and his family were deported to Auschwitz in 1944, and my father was on a second death march from Buchenwald to Theresienstadt. It was upon crossing the border from Germany into the Czech Sudetenland, that the German guards threatened to anyone who was giving food to the prisoners, as bystanders were throwing food to them. However, there was such a scramble, that no one would get any food. So a young woman ran into the line of prisoners and handed my father some bread. As she ran away, a German guard slammed the butt of his rifle down on her head and when she fell, it is not known if she survived. The young woman risked – and probably gave her life to save my father, so I wanted to write something that celebrated and commemorated her heroism.

The Chagrin Award allowed me to write this work for her, which is a piece for soprano voice, with the same instrumentation as ‘Rozsa’s Wish’, but with French Horn instead of flute. I commissioned a translator to translate the words into Czech, and a Czech mezzo called Lucie Spickova, who helped with ensuring the musical setting was idiomatic. I then re-connected with an old Czech childhood friend, who is now an actress, who recorded lines from the Catholic Hail Mary Prayer, but replaced with;

When I released the video of ‘Rozsa’s Wish’ for Holocaust Memorial Day, I received very superlative feedback, such as ‘’beautiful’’, ‘’exquisite’’, ‘’very moving’’ and ‘’very powerful’’.

I recorded this piece in Exeter College Chapel, part of one of my old colleges at Oxford University. However, the chaplain of Jesus College Chapel, very kindly allowed us to use the chapel for the singers and to relax in the beautiful chapel with its peaceful atmosphere, before rehearsing/recording. He also described the piece as ‘’absolutely beautiful’’ and ‘’a wonderful source of meditation and reflection for Holocaust Memorial Day.’’

The Founder and Creative Director of Insiders Outsiders Festival said the work was ‘’almost heartbreakingly beautiful.’’ She said she would like to plan an online event relating to both works.

Whilst I haven’t yet publicly released ‘The Angel of Chomotuv’, as it is still in post-production, I was over the moon with the feedback I received from the conductor of both pieces, Karin Hendrickson. She really believed that the pieces had a longer journey and life ahead of them.

How would you describe the impact of the Francis Chagrin Award in a few sentences?

The Francis Chagrin Award was validating, and an acknowledgement of the worth of my work and my ability as a composer.

It also was a great motivator, as before receiving the award I was struggling with feeling isolated, and was even considering giving up composing. So the award really invigorated my passion and made me feel connected again. I’m hugely appreciative of having received this award. 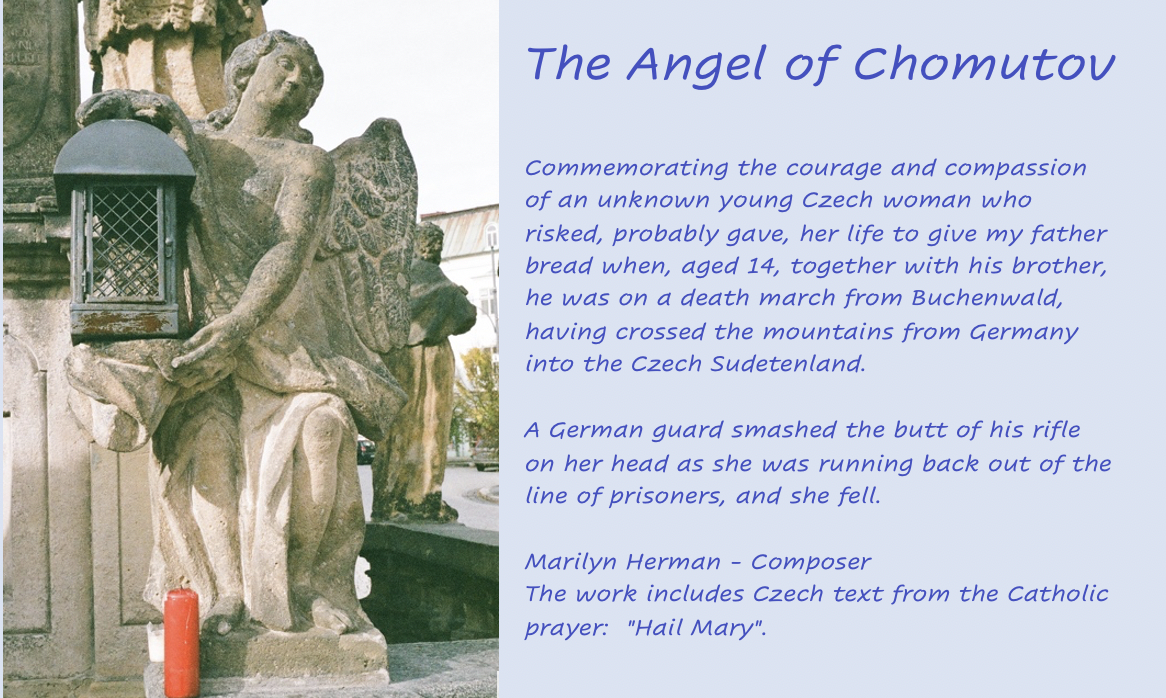 Still from the guide video for ‘The Angel of Chomutov’

You can watch the recording of ‘Rozsa’s Wish’ here.

You can read more about the work here, or explore Marilyn Herman’s other work here.

We need your help to continue supporting more composers like Marilyn to create beautiful, important new work. With your kind contributions, we can enable more artists to receive vital support, through opportunities like the Francis Chagrin Award or Covid-19 Composer Award.

If you feel passionate about the future of new music, then please consider supporting us today.