Rufus Isabel Elliot (it/its) is a trans musician originally from Tower Hamlets, now based in the North West Highlands, who has written everything from funerary music for doomed spaceships, to orchestral music about rotting seaweed.

In 2019, Rufus took part in the Composer-Curator programme, in which it developed the OVER/AT series, a platform for trans and non-binary folks to speak for, with and by themselves, rather than through the eyes of the cisgender arts and media.

For Rufus, Composer-Curator was a springboard that really broadened its horizons and allowed it to gain a host of new skills and networks. As a charity, Sound and Music would not be able to deliver this unique opportunity for artists like Rufus without the generous help of our supporters. We sat down with Rufus to hear about its experience on the Composer-Curator programme, and how it shaped its professional and creative development.

Before Composer-Curator, where were you professionally in your work?

Before Composer-Curator, I had been through an uncertain period where I wasn’t particularly involved in music, and hadn’t done a music degree either.

I then applied to Composer-Curator in the second year of my Master’s degree at the Royal Conservatoire of Scotland. I’d done a few professional commissions for different organisations, but mainly in a sort of small, ad hoc, DIY way. When I came back into the music world, I found that my musical voice had really strengthened. I was pretty comfortable about who I was as a musician, and what I was interested in, but I hadn’t had that many chances to fully explore this. My Master’s and the Composer-Curator programme was a very steep learning curve that led me to where I am now.

I was very ambitious and set my sights high, but needed further support to develop and achieve my goals.

How would you describe your experience of Composer-Curator?

It was really great. Support from Sound and Music showed me that trans music-making was something that larger organisations would support and that it was a legitimate area to explore creatively.

The support through Composer-Curator then enabled me to expand the project and involve other organisations like Atlas Arts, who viewed my work as a legitimate subject matter. Without this support, I would never have applied to Creative Scotland for a grant either.

In terms of the programme specifically, Composer-Curator has enabled me to do a huge amount in the last year, as I was able to commission myself to make substantial work, and have development time with the composer mentors. A highlight was the fact that everything came from me creatively, and nothing was ever forced upon me. The Sound and Music team were very much there to listen, amplify and nurture my ideas.

Did the programme teach you anything new about composing or producing new work?

With my project OVER/AT, I learnt lots of different lessons. I learnt that sometimes as an artist I should step back a bit from my own involvement, and that sometimes I could stand up and be firmer about my ideas.

Over the course of six months working on my project, I learnt that the sheer scope of what I was able to do was much bigger than I had realised. The piece I ended up making was nothing like I imagined I could or would make. What started as a few pieces of text and ideas took on a world of its own. I was able to really take ownership and guide it, and delve deep enough to access how I unconsciously felt about it, which was an amazing feeling.

I also came to reflect on how audiences perceive trans work, as I’d noticed that some audiences think that what one trans artist does, reflects that of the whole trans community, as if we’re all the same person. Observing this made me stronger in my own ideas and my own work, which was based on lots of research and development. 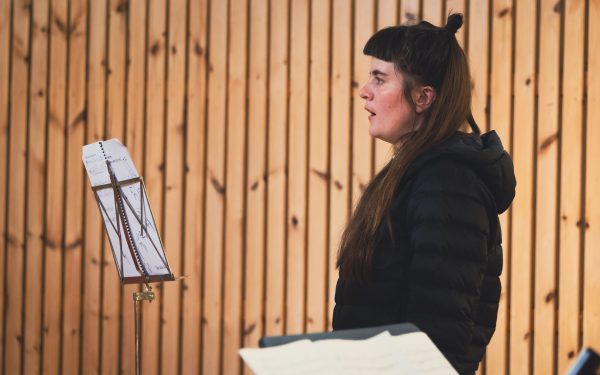 Would you recommend Composer-Curator, and if so, to whom?

I would definitely recommend it. It’s such a great programme not just for one’s own development, but also for networking in a mutually-supportive musical world. I’d recommend it to anyone who thinks that they have something to say, and especially to those who think that the programme isn’t for them, because it is!

Did the programme help you reach a wider audience or raise your profile as an artist?

It definitely did. Sound and Music taught me about the different roles of press and journalists and music listings, and how to write to certain people. As a result, I had lots of reviews and interviews from classical music magazines and press like The Wire. I certainly received more sustained, engaged responses from media and journalists than my previous projects had.

People responded really positively to my work. It was nice that at the online launch of the EP, the audience was mainly trans people, or otherwise gender diverse folk. This made it feel like a really open space where we were all part of something together, which everyone seemed to enjoy.

The review of the EP in I Care if You Listen was also really positive. The writer commented how they really responded to it and felt connected to it as a fellow trans musician.

This project has allowed me to connect with more audiences, and I have had really wonderful responses from reviewers and journalists for my new piece ‘A/am/ams (come ashore, turn over)’, such as in The Quietus (top 50 albums of 2021). It’s really emotional for me to see other people really feeling some of the ambiguities and conflicts I was having to hold whilst working on the music. 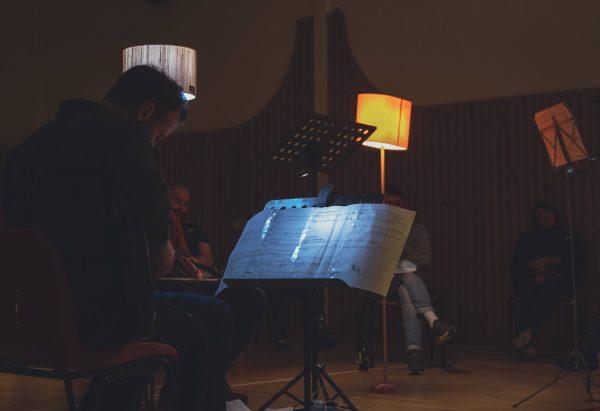 We need your help to continue supporting more composers like Rufus and championing their voices. With your kind contributions, we can enable more artists to benefit from our unique, life-changing opportunities like Composer-Curator.

If you feel passionate about the future of new music, then please consider supporting us today.