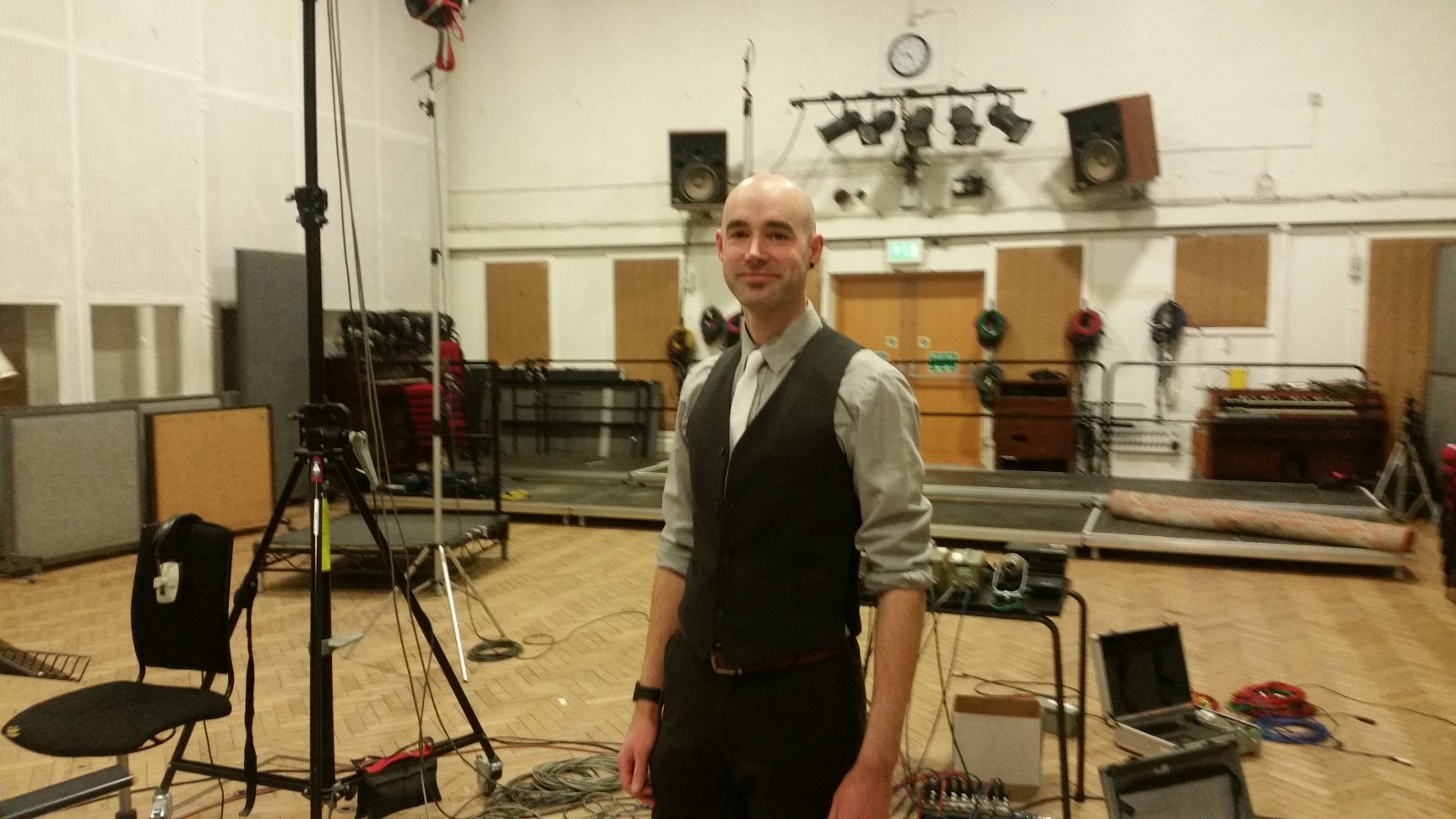 After an intrepid pupil came to him with questions about music production, secondary school teacher Nick Hughes started asking why that sort of thing wasn’t being taught already. To dig deeper into the reasons why and find ways to improve his own teaching practice, he studied on the Listen Imagine Compose Master’s programme.

The course which is run in collaboration with Birmingham Contemporary Music Group and Birmingham City University gives teachers invaluable time to undertake research into how composition and creativity is taught.

We caught up with Nick recently to find out more about how the course has impacted his work and that of his pupils.

What was your musical training and where were you at professionally before starting Listen Imagine Compose?

Prior to Listen Imagine Compose, I did a degree in Music Technology and played the piano, tuba and guitar. I wrote a lot of music too but I came to it from more of a production perspective – I enjoyed working on other people’s music and that’s how I ended up teaching it.

As a teacher, I trained on a graduate programme which basically enabled me to get QTS status while working in a school. I was very much after my own CPD and I knew I wanted to do a Master’s. I accidentally went to the Leicestershire Music Conference that Martin Fautley was presenting at and, as often happens when Martin speaks to a music teacher, it made me go ‘Oh, I hadn’t considered that’. After that, Martin’s name kept coming up and then the Listen Imagine Composer course came along with that so that’s how I arrived at it.

What was it that you wanted to explore by taking part in the course?

I was very interested in why I wasn’t getting more students who wanted to compose in Digital Audio Workstations (DAWs) like Logic and Cubase. There was one student in Year 10 who came in and said he loved James Blake which was pretty unusual at the time. Normally, it was guitar bands and big singers, so that led me to think ‘Why aren’t I getting more people like him? What’s going on in the education system that means people aren’t being shown how to compose with DAWs?’ That’s why I was interested in the course. I was confused as to why I didn’t have more students who were composing and producing in DAWs, and I wanted to find out why that was and whether I could influence my own practice as a result.

Can you tell us about your experience of taking part in Listen Imagine Compose?

It was one of the best things I’ve ever done, and without a doubt the best thing I’ve done professionally. As I was teaching at the time, I was very interested in how I could use what they were telling me straight away, adapting it to fit my practice. I got a lot out of the sessions with Martin and Judith at the CBSO Centre, but the most important part was the actual research. The way the course is structured, the fact that it begins with a reflection on your own practice, makes you into a better communicator, and really opened my eyes up to new ways of both studying and teaching. A lot of it validated what I felt I already did instinctively – there are certain things that I did when I was younger that I didn’t have an explanation for. I’ve gone back to some of that old stuff and thought “Well, it’s good because of this and now I know why it’s good”.

It also enabled me to be more confident in my role in school. Now I was equipped with the words and the terminology to justify my ideas in meetings with senior leaders, and they listened. I feel like I became validated and music as a subject became more validated too because of what I’d learnt on Listen Imagine Compose.

What were the main ideas that you took away from the course?

LIC provides teachers with the confidence to have autonomy over their own curriculum. The confidence to say “No, this is the correct curriculum for our students in our department, with our facilities, with the knowledge and experience that I have and my background’.”. It empowers you to not teach to the test so much, but instead find the balance between teaching to the GCSE and A Level specifications, and exploring other ideas that are interesting and will be useful further down the line.

The course also made me more engaged with the profession and it’s opened up other doors for me. Now I want to go off and do other things in education. I want to do further research projects and be a senior leader in a school. I feel I’ve got a bigger breadth and depth of what’s happening in education today as a result of the course.

Have you noticed any changes in your pupils as a result of these new ideas?

Yes – they feel more in control of their composing and producing. As a result of the research I’ve done into creativity, I’ve scaffolded things a bit more so when they have to compose something for an assessment, they’re less anxious. There’s less hand–holding from me as a teacher because they’ve got the tools to go and create their own music independently. For example, our Music Technology A Level class all got an A* on the composition paper in 2019, two years after I started the MA!

Would you recommend Listen Imagine Compose and, if so, to whom?

Of course! I would recommend the LIC course because it’s the best thing I’ve done. I would recommend it to any teacher who’s sitting there thinking “I don’t know how to teach composition in my classroom, and I’d like to do some research into why that is”.

Nick’s journey shows that having the time and space to reflect on your work can pay huge dividends for you and those you work with. Not only will his research have a profound impact on his own practice but it’ll also be transformative for those he teaches. However, these opportunities are only possible with your support. Visit our Support page to find out how you can play your part in the future of new music.