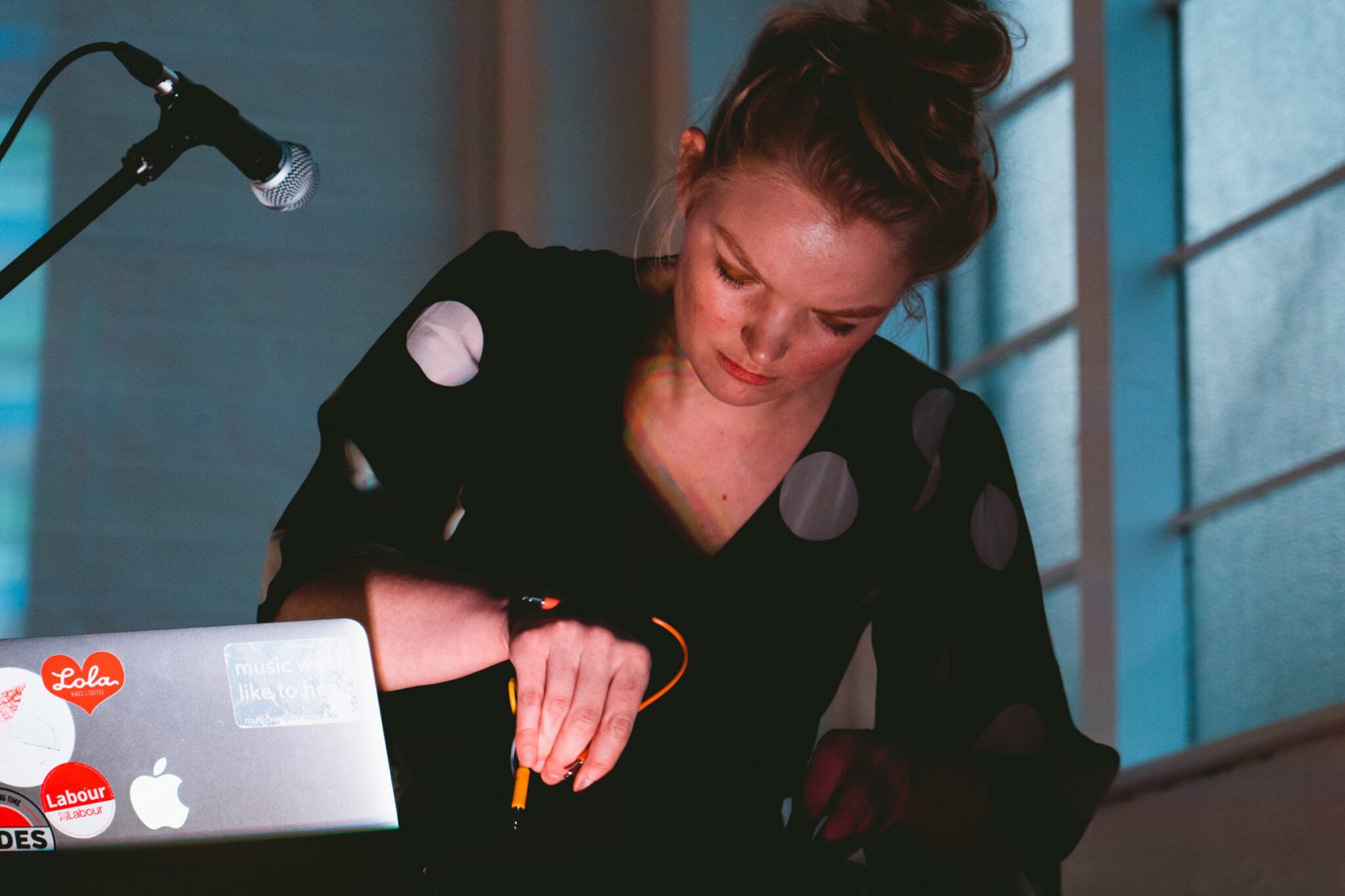 For Georgia Denham, Sound and Music’s programmes not only kickstarted her composition career but also gave her the time and space to find her own voice. Her first encounter with our work was when she attended our annual Summer School for Young Composers – a course she describes as ‘a beautiful introduction in sound’. Here she collaborated with professional musicians to create, perform and record an original work, alongside 70 other young people.

After the course, she headed to Aldeburgh Young Musicians, whose residentials continued to nurture her love for contemporary music and, when university came calling, she set off for the Royal Birmingham Conservatoire to study composition with Andrew Hamilton. Here she found herself instinctively drawn to traditional notation but also started to develop a private song-writing practice alongside.

In 2020, Georgia returned to Sound and Music as one of our New Voices to dig deeper into this song-writing work and carve out her own compositional path. Now in the final stages of her time on the programme, we caught up with her to find out more about the impact that Sound and Music has had on her work.

Before the Sound and Music Summer School, what was your experience of composing and had you ever thought about making a career out of being a composer?

From my earliest memories, I can remember countless hours trying to climb inside the different layers of song. I’d sing back vocal harmonies, loving the moments where the notes would blend and ping together. There was a strange melancholy in this though; I didn’t play an instrument or read notation, so I just had these ideas in my head and no way of transferring them to the outside world. The idea of being a composer wasn’t something that had been introduced to me, so I went through the motions of school and had completely different career plans. I had no idea someone could be a composer. This was just a distant historical concept; I thought all the music was already written and I’d been born three hundred years too late.

Serendipitously, some leaflets for the Summer School made it to my music department on the Sheffield-Barnsley border. I remember my teacher saying ‘this will be really great preparation for A Level Music’, a subject I’d only allowed myself to take so I was well rounded for university applications. When I arrived at the Summer School, I still very much thought it was a preparation course for A Level, but within a few minutes I was being addressed as a composer for the first time – ‘it’s wonderful to have so many composers together in one place’. This was an ultimate shift in my thinking and suddenly my place in music made sense – without doubt this was fundamentally due to the Summer School.

How did the Summer School impact your early career and are there any things you learnt or people you met there that still impact your work today?

The Summer School’s impact on me was indelible and the tutors’ direction was challenging, yet incredibly kind. During a session with David Horne, I found out you could use accidentals anywhere you wanted in music; I’d had a very confused thought they could only be on certain degrees of the scale, and you would have to keep changing key to use them where you wanted. I’d also never heard of a conservatoire before, and had to pull aside a new friend and ask ‘what’s this word beginning with ‘c’ that everyone keeps saying?’. There could have been an overwhelming embarrassment from all this, but the support from staff and fellow students meant that I left that week only wanting to know more.

What was the highlight of your time at the Summer School?

There are of course practical, formal ways that something like the Summer School impacts young people, but perhaps the highlight was the very important social connection it offered me. I’d struggled to understand who I was back home, but that week still feels like the first time I found my people. It’s wonderful to hear composers I met at the Summer School still making exciting music today; Anna Disley-Simpson, Jelly Cleaver, Louise MacPhail and Daniel Hall to name a few. I also met my closest friend at the Summer School, Alice Johnstone; we’re working on her new musical about the first British woman doctor together at the moment. 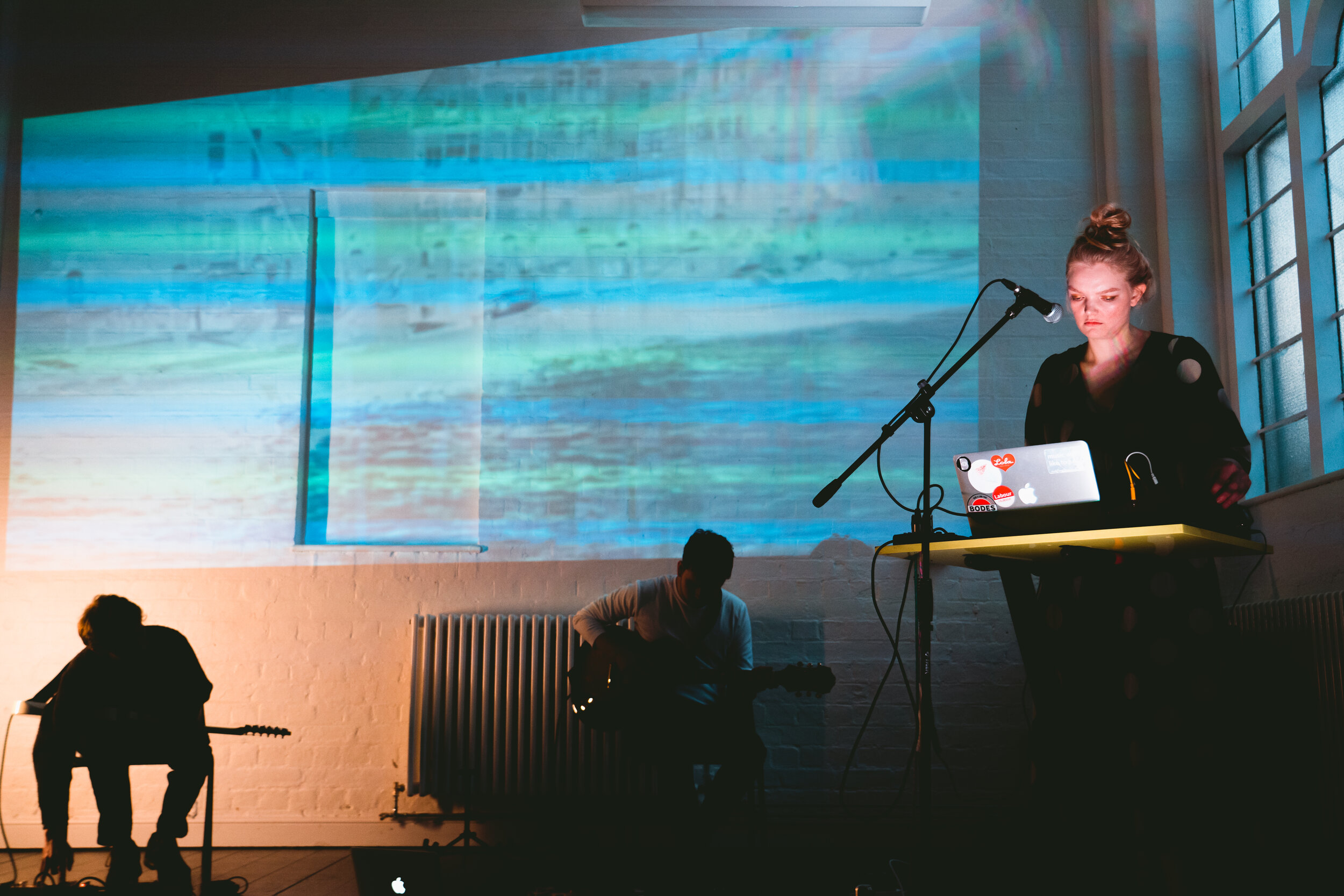 How has New Voices altered your perspective on your personal practice? Are there any new ideas, collaborations or concepts that you wouldn’t have been able to do otherwise?

I’d originally applied to New Voices with the intention of creating a body of instrumental chamber works, but this began to feel like I wasn’t making the most of the opportunities the scheme provides. In our initial sessions, there was encouragement to consider myself holistically as an artist and question what my true ambitions were – if I could make anything, what might it sound like? I started to think about my earlier attempts with song writing and the stacks of material I’d lacked the confidence to take further. Having the support of New Voices, I decided to commit myself to this and so I’m making an album.

The songs connect to themes of climate grief and love through the sea and storytelling, but also the solace art can bring us in those thoughts. I’ve been focussing into a specific palette of sounds to bring the songs to life, working closely with dear friend and harpist, Gina Taylor. Without New Voices, I think it would have taken me a long time to take the plunge into releasing music like this. A very important and unexpected part of that has been the coaching, which has completely adjusted my artistic approach and helped me to understand why I’ve held back from this for so long.

Would you recommend New Voices and, if so, to whom?

Without a doubt – I’m certain my music and life would look very different without it. I’d recommend it to anyone who is grappling with a sticking point creatively, however odd or unusual you might think it is.

At Sound and Music, we strive to support composers at every stage in their career – whether they’re taking their first steps into composition, or looking to head out in a bold new direction. Georgia’s journey shows just how influential the right support can be for someone embarking on a career in music. Can you make a donation today to ensure we can be there for even more composers across the country? Visit our Support page for more information on how to donate.