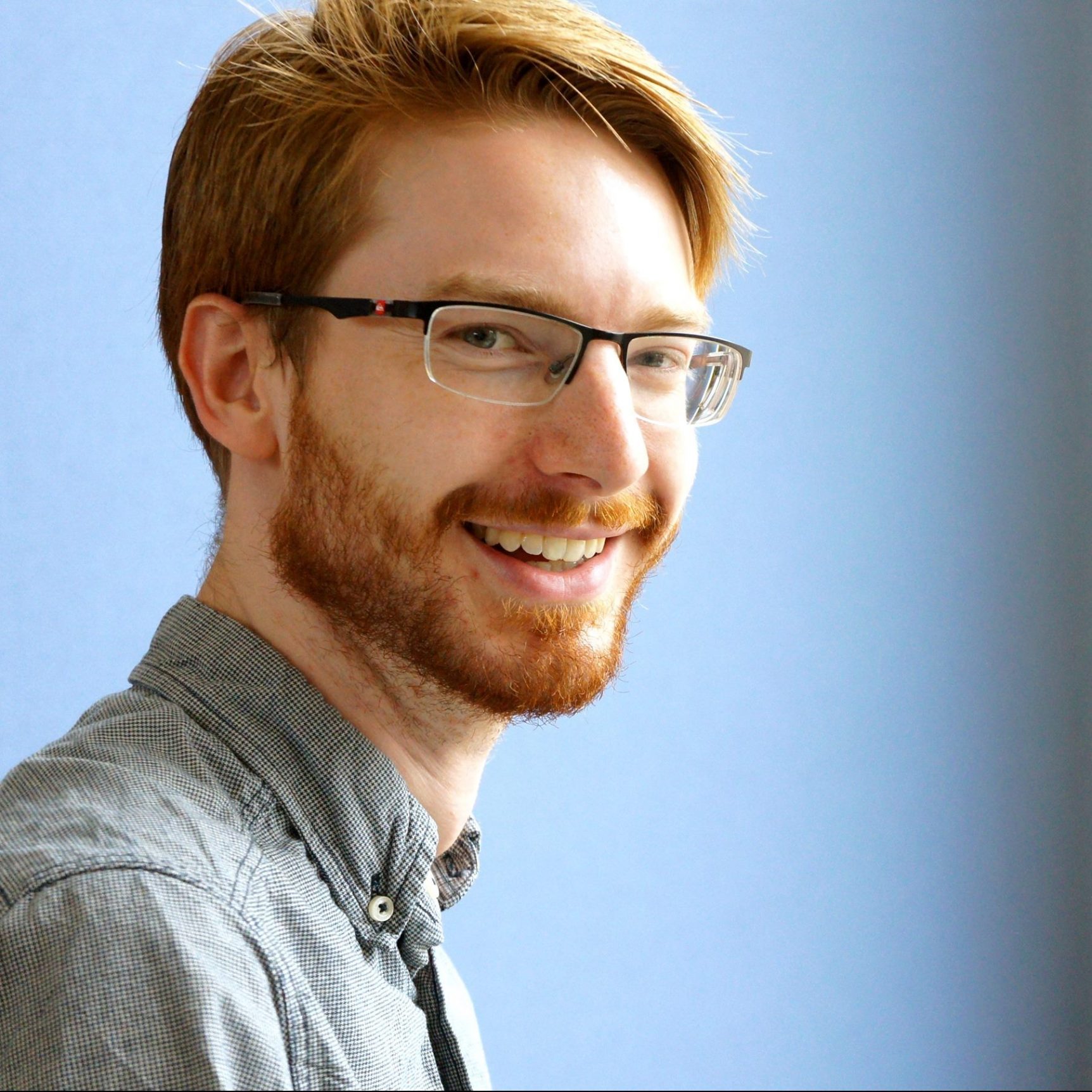 Composer Neil Tòmas Smith was a Seed Award winner in 2020 – here he documents the development of his new album MIDI Times & Spaces – supported in part by his Seed Award funding. 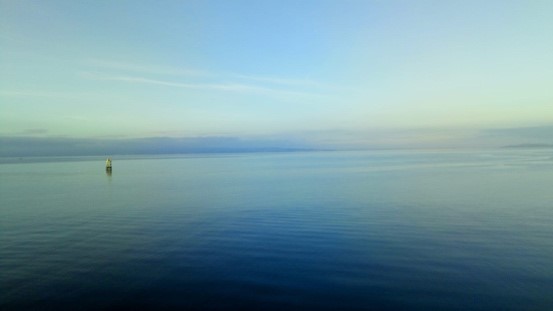 The Firth of Forth from my street. Sunshine guaranteed.

It was a weird time.

Like everyone else I was walking around my local neighbourhood, looking at the birds and the trees and the views like they had never existed before.

That my neighbourhood – like yours, I’m sure – has some genuine claims to being picturesque is neither here nor there. We all found something on which to fix our attention during our one legal trip outside. 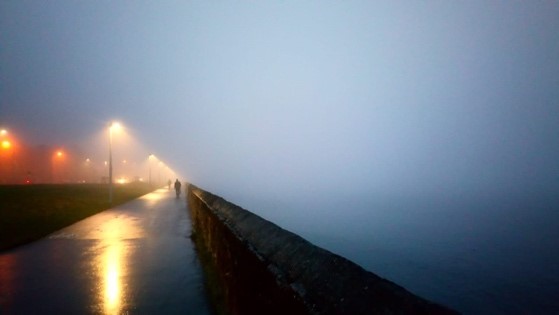 I had various lessons in electronic music when I was studying composition but they always interested the problem-solving part of me rather than inducing any creative impulse.

During the initial burst of lockdown novelty and enthusiasm I tried to turn this situation around by taking a course on the software Logic with the Academy of Music and Sound. While the course had a rock/pop bias, I still took a great deal from the features that were mentioned almost in passing: the ability to tune MIDI instruments microtonally; ways of changing tempo instantly; the easy importation of files written in notation software. The course, and the situation, lit a creative spark unlike any of my previous lessons. 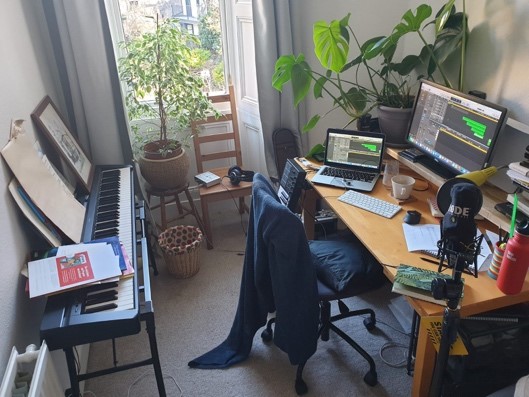 The work station of dreams.

So, my partner and I were wandering round our bit of town after work hours, gazing at the views and so Forth.

Then outside of the walking and the work – and working on the release of the entirely acoustic Strange Machines CD – I would be making equally strange, entirely synthetic music, while trying not to be smothered by a luxuriant Swiss Cheese plant.

What struck me first is that some of the things that fascinate me about exploring time in instrumental music were almost too easy on the computer. Changing time suddenly is the basis of my piece Scaffold for Simon, for example, but doing so in Logic did not have the same effect, especially without the presence of Simon Roth’s artistry.

There were lots of advantages to the process, though. The immediate feedback, the foreshortened distance between conception and its (hopefully) desired result. In particular it was a boon to use my comfort with notation software to transfer composed ideas straight into Logic. It felt like being given access to a whole new playground, something I think comes across on the album. 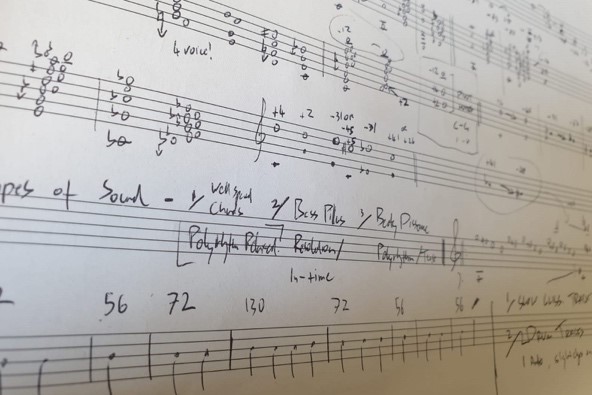 Ideas to try out in Logic.

Still, it was not all plain sailing.

Once it was done I became immediately rather shy about it. It felt like releasing electronic music to the world should require a licence, like owning a gun, or certifying a boiler.

I thought twice about sharing the music with friends, even though, in the end, they were only supportive. It was a valuable lesson in what trying something new can mean on an emotional level. I doubt this album is up Adorno’s street but his idea of making ‘things in ignorance of what they are’ has always intrigued me.

Thankfully, too, I was able – with the help of the Sound and Music Seed Award – to get the album professionally mastered by the master masterer Simon Paterson. This put some of my novitiate fears at ease. 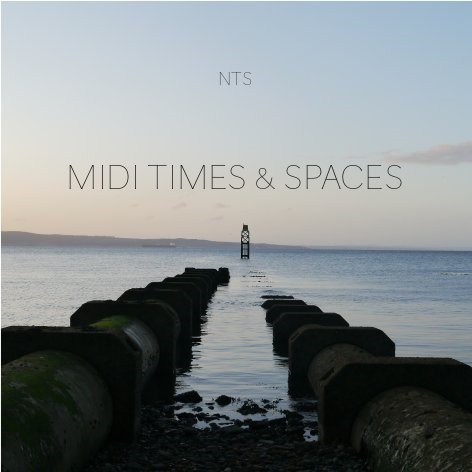 What, then, can I say about what I’ve produced? It is a melting pot of ideas, of busy and minimal musics, and of electronic and recognisable (if entirely synthetic) instruments. Your genre sensors may go a little haywire, with pop sounds put towards unusual purposes.

Above all, it is a document of an exploration, one that I will look to expand on in the future, though hopefully in less fraught societal circumstances.

Find out more about Neil on his composer profile and his website.