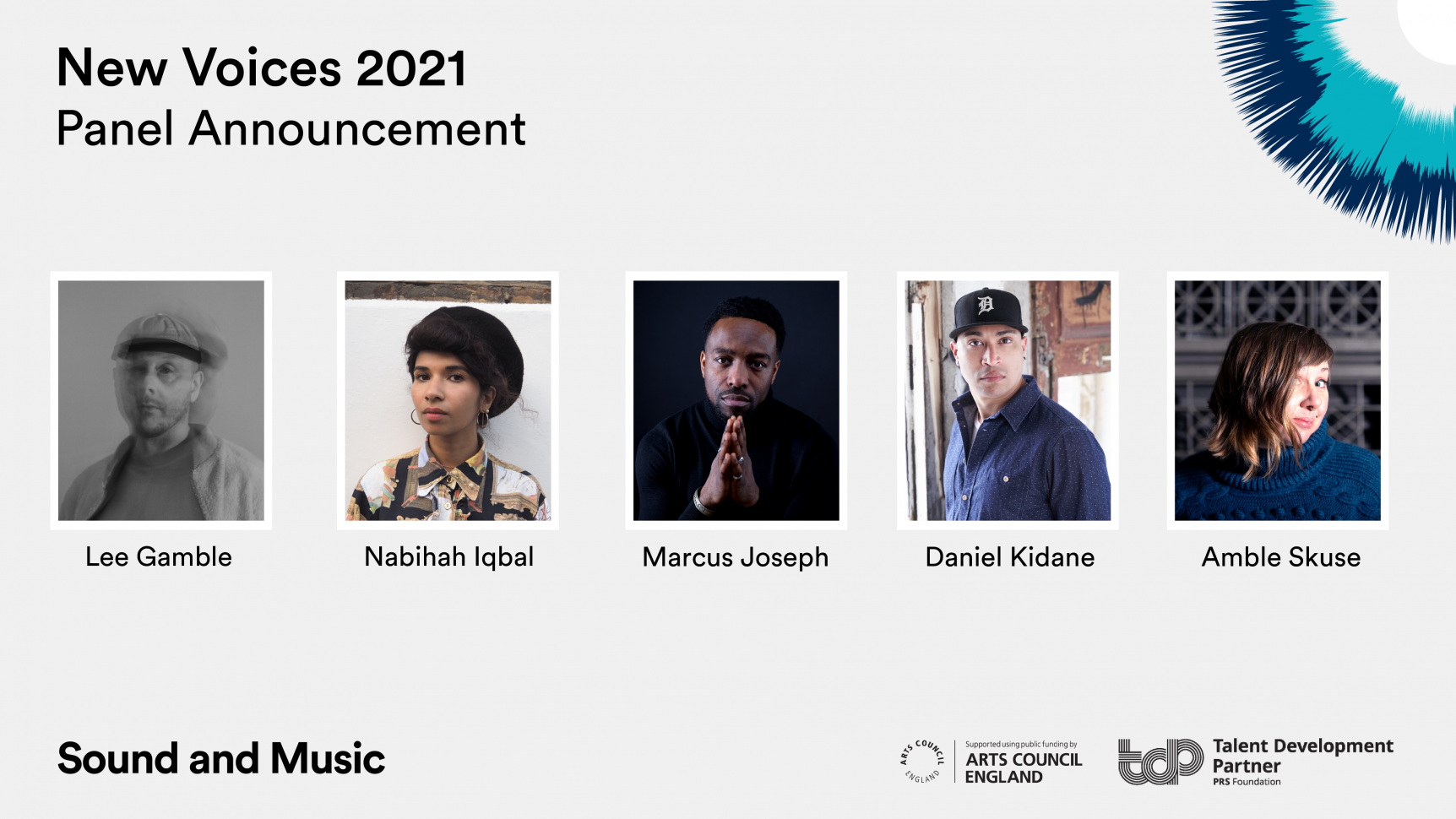 Today we are excited to announce the panel for New Voices 2021. In line with our Fair Access Principles, we want to have an open and transparent selection process, so for the fourth year in a row, we have rotated the external selection panellists to refresh and renew the process.

New Voices is our artist development programme that supports composers at pivotal stages of their careers to explore new ideas, new sounds and new music.

The New Voices 2021 panel reflects the breadth of new sound and new music being made in the UK today. Each panellist brings variety of background, taste and experience into the decision-making process and they are excited to listen to your work!

Find out more and register for New Voices here.

Read more about the panellists below. 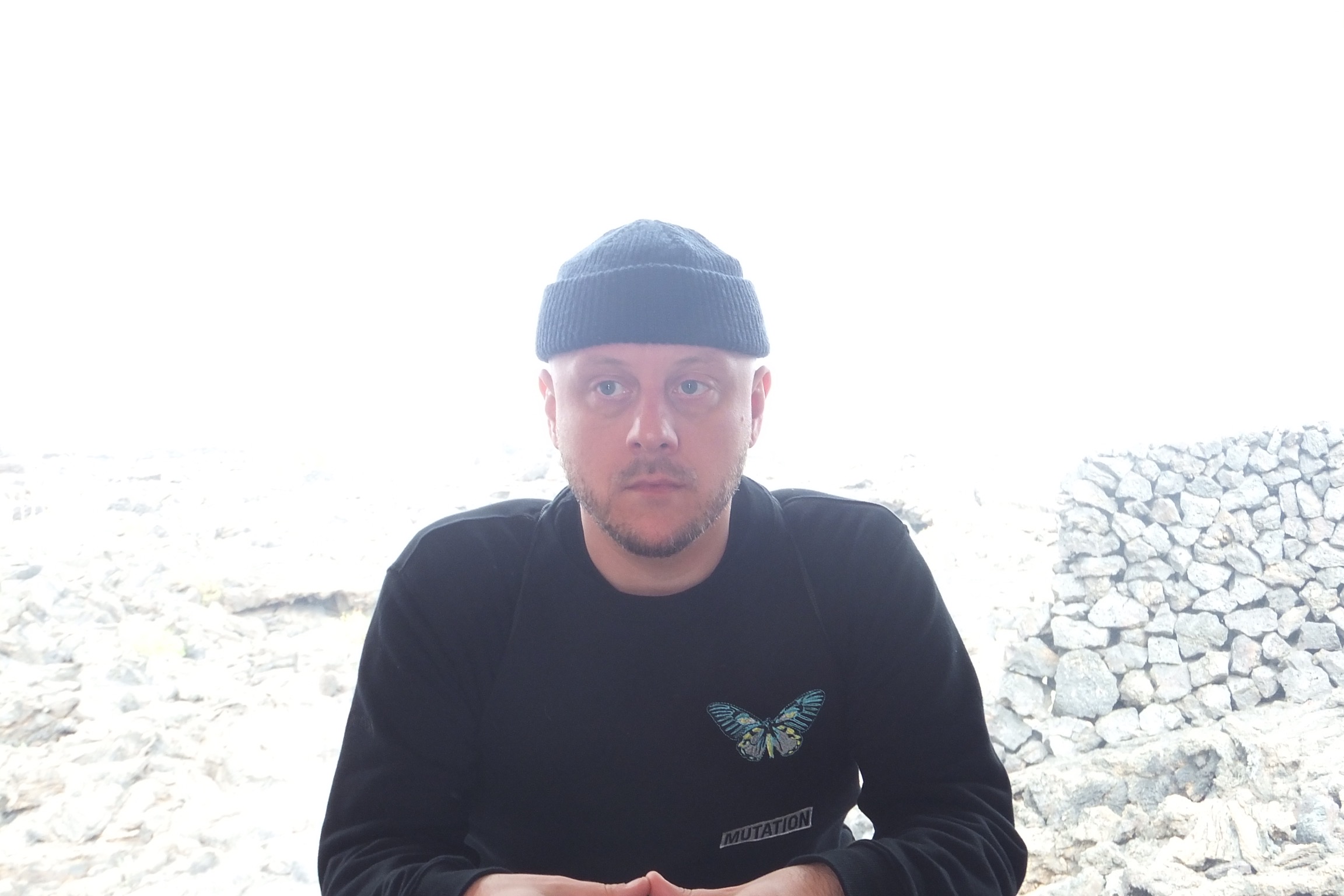 Lee Gamble is an artist, producer, label owner and DJ of exploratory electronic music and sound. Over the last several years Lee has released as a string of critically acclaimed albums and EPs on seminal electronic music labels PAN and Hyperdub, starting his own UIQ imprint in late 2015. Lee also hosts a monthly show on London’s NTS radio.  Lee’s work combines the sculptural and theoretical sound objects of musique concrète and computer music, sound hallucination and simulation and the ever mutating dancefloor mechanics of the hardcore continuum.

‘I think development programmes can be really useful to help artists see a pathway into the future with their work. Running a platform like UIQ and also my monthly NTS show -  I’m made very aware of how much talent there is out there! so, I’m excited to be able to check all these amazing artists’ work in detail.’ 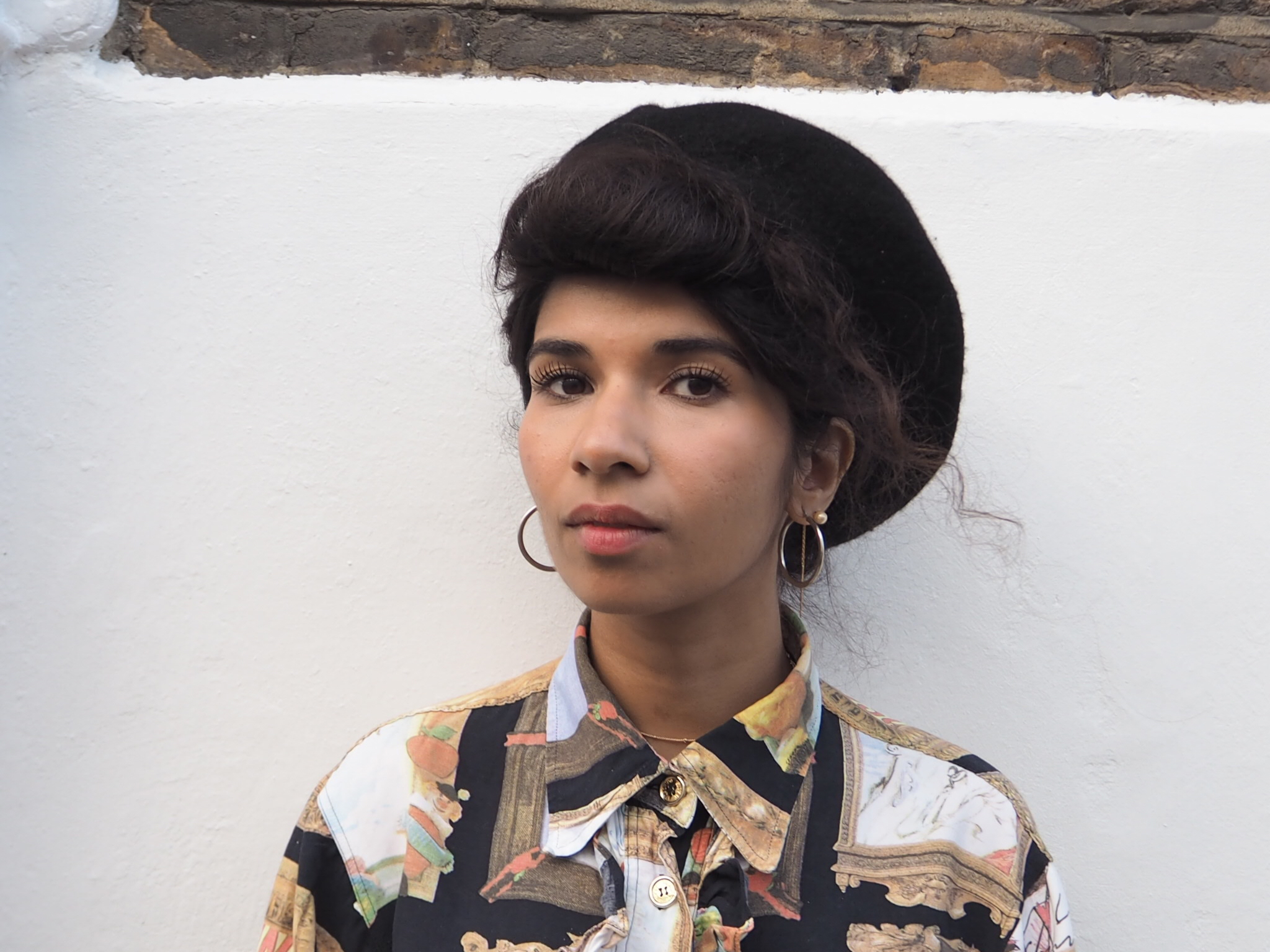 Nabihah Iqbal is a musician, producer, DJ and broadcaster from London. Her debut album, ‘Weighing of the Heart’, was released via Ninja Tune in December 2017 and has since garnered huge critical acclaim from the likes of The Guardian, Pitchfork, Dazed, The Observer, Q Magazine, BBC Radio 1 and 6Music.  She is currently an artist-in-residence at London’s iconic cultural institution, Somerset House, where she is writing and recording her second album.

Aside from working on her own music, Nabihah has hosted a bi-weekly show on NTS Radio since 2013, exploring musical traditions and cultures without boundaries. The success of this show, and the following that Nabihah has built up as a DJ and tastemaker, caught the attention of the BBC and she has frequently appeared on their networks since 2018, presenting shows on BBC Radio 1, 1Xtra, Asian Network, World Service and 6Music. In December 2020, Nabihah launched a monthly radio show, ‘New Music Energy’, which is dedicated entirely to new artists and new music.

‘I’m looking forward to taking part in this panel because I’m always excited about discovering new artists and music, and I know this will be great opportunity to find out about interesting composers.’ 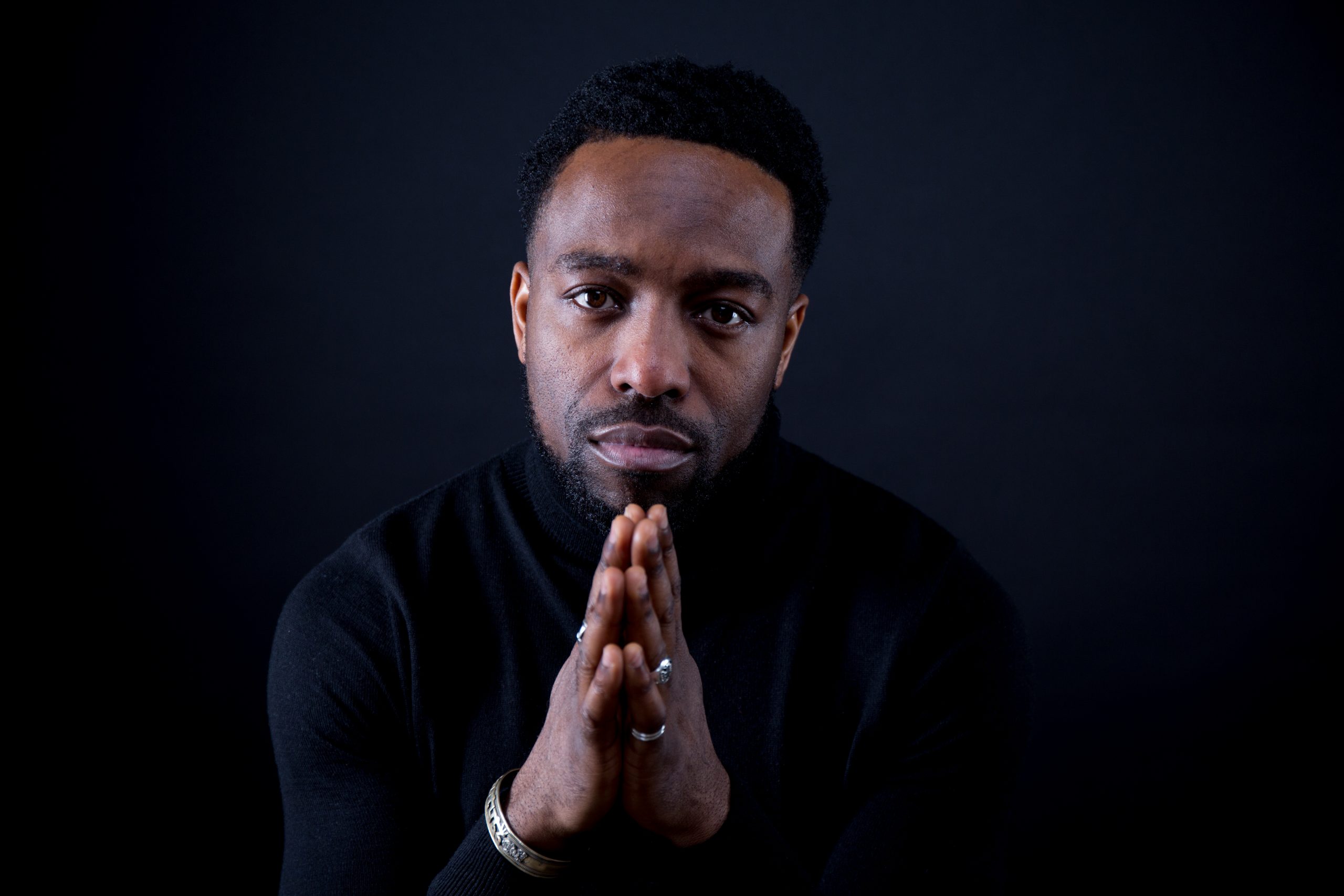 Hailing from Leicester, of Afro-Caribbean descent, classically trained artist Marcus Joseph started playing clarinet when he was just 7 years old. He gained airplay on BBC 1Xtra as a Hip-Hop DJ and MC and was subsequently inspired to pick up the saxophone and study jazz at universities in Leeds, London and New Orleans. His instrumental repertoire also includes alto-sax, aerophone and piano.

He has since played at landmark events such as Love Supreme and We Out Here, and supported the likes of Oscar Jerome, Blue Lab Beats as well as the Blackbyrds and has also worked with such luminaries as Dennis Rollins, Arun Ghosh, Dave O’higgins, Abram Wilson, Gary Crosby and Eska. His work has been supported by Tom Robinson (6music), Gilles Peterson (6music), Tony Minvielle (jazz fm), DJ Lanni (Worldwide fm) and his new album, released on jazz re:freshed and developed as part of New Voices 2018, is a warm fusion of jazz, reggae, hip-hop and contemporary music.

‘I’m super excited to take part in this panel and eager to see what fresh new artists are out there; the ones that are willing to take risks taking their creativity to another level whilst being their authentic self. I had a great time as one of the New Voices 2018 and my musical journey has benefited exponentially, I would like to help deliver that same experience to some new artists.’ 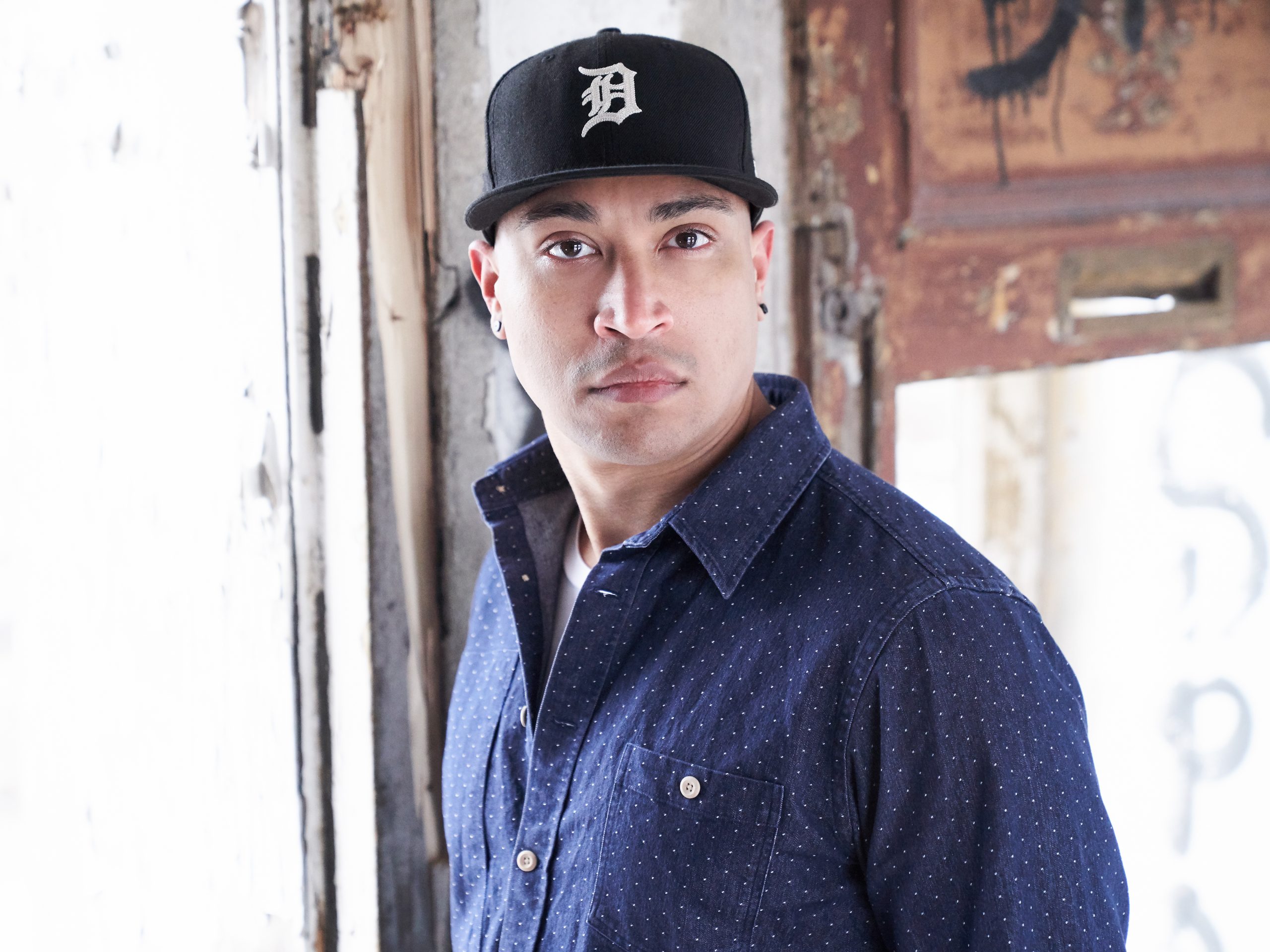 Daniel Kidane’s music has been performed extensively across the UK and abroad as well as being broadcast on BBC Radio 3, described by the Financial Times  as ‘quietly impressive’ and by The Times  as ‘tautly constructed’ and ’vibrantly imagined’. He completed his undergraduate and postgraduate studies at the RNCM. Currently, he is undertaking a doctoral degree at the Guildhall School of Music and Drama.

Recent projects include the premiere of his orchestral work Zulu  by the Royal Scottish National Orchestra; a new work for the CBSO Youth Orchestra, which is inspired by Grime music; a chamber work for the Cheltenham Festival which draws inspiration from Jungle music and a new type of vernacular; a song cycle commissioned by Leeds Lieder and inspired by the poetry of Ben Okri; and a new piece entitled Dream Song  for the baritone Roderick Williams and the Chineke! Orchestra which was played at the reopening of the Queen Elizabeth Hall in April 2018. Recent works include Woke, which was premiered by the BBC Symphony Orchestra and chief conductor Sakari Oramo at the Last Night of the Proms in September 2019.

‘I’m excited to be part of the New Voices selection panel and contributing to the process which will allow composers to be part of this brilliant artist development programme. It is vital that opportunities such as New Voices exist, especially during these turbulent times, and afford composers the opportunity to develop their own creativity.’ 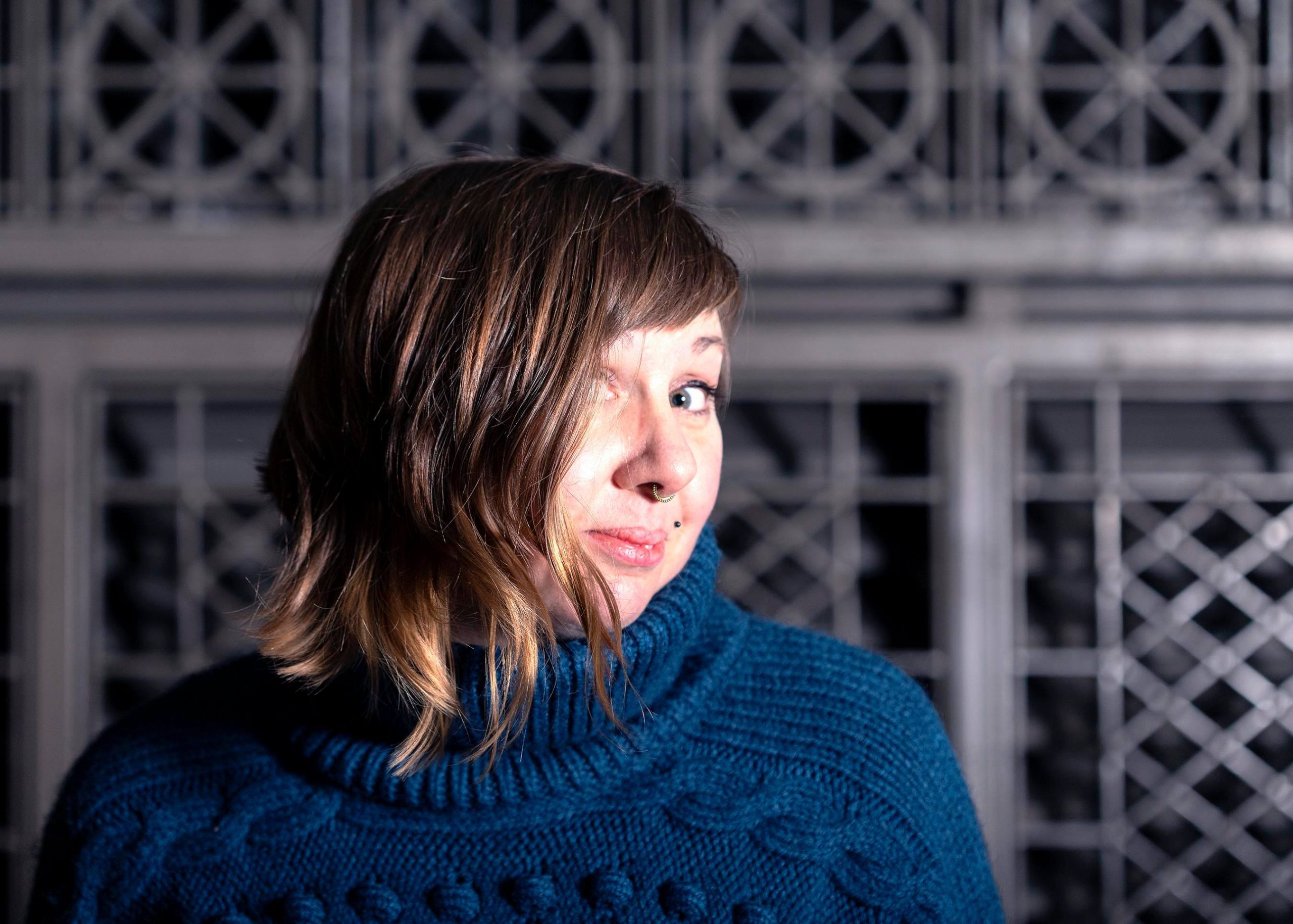 Amble Skuse is a musician and artist, working with found sound, voices, electronic processing, and site-specific locations. She works with oral history archives, interviews, community memories, radio interviews, found sounds and site-specific compositions to explore myriad identities in myriad locations. She explores these ideas of identity and power through a lens of intersectional feminism. Her focus is on gender and disability, and she is currently studying for a PhD looking at ways in which a disabled composer / performer can utilise technology as a tool for composing, improvising and performing.

Her work has been featured on BBC Radio 3’s Late Junction, and has taken her across the world, from Edinburgh to Singapore on a 10,000-mile train journey, to Canada to develop an improvising platform with disabled musicians, to China to explore the role of ‘being’ in improvisation, to Croatia to perform with the female coding ensemble OFFAL. She is a Creative Entrepreneurs Fellow and a BBC Performing Arts Fellow. She holds an AHRC scholarship for her research.

‘I’m delighted to be working with Sound and Music to support emerging artists on their New Voices programme. Sound and Music have been absolutely vital to developing the careers of composers from all genres and backgrounds. Their commitment to developing diversity and learning new ways of working is something to be applauded.’