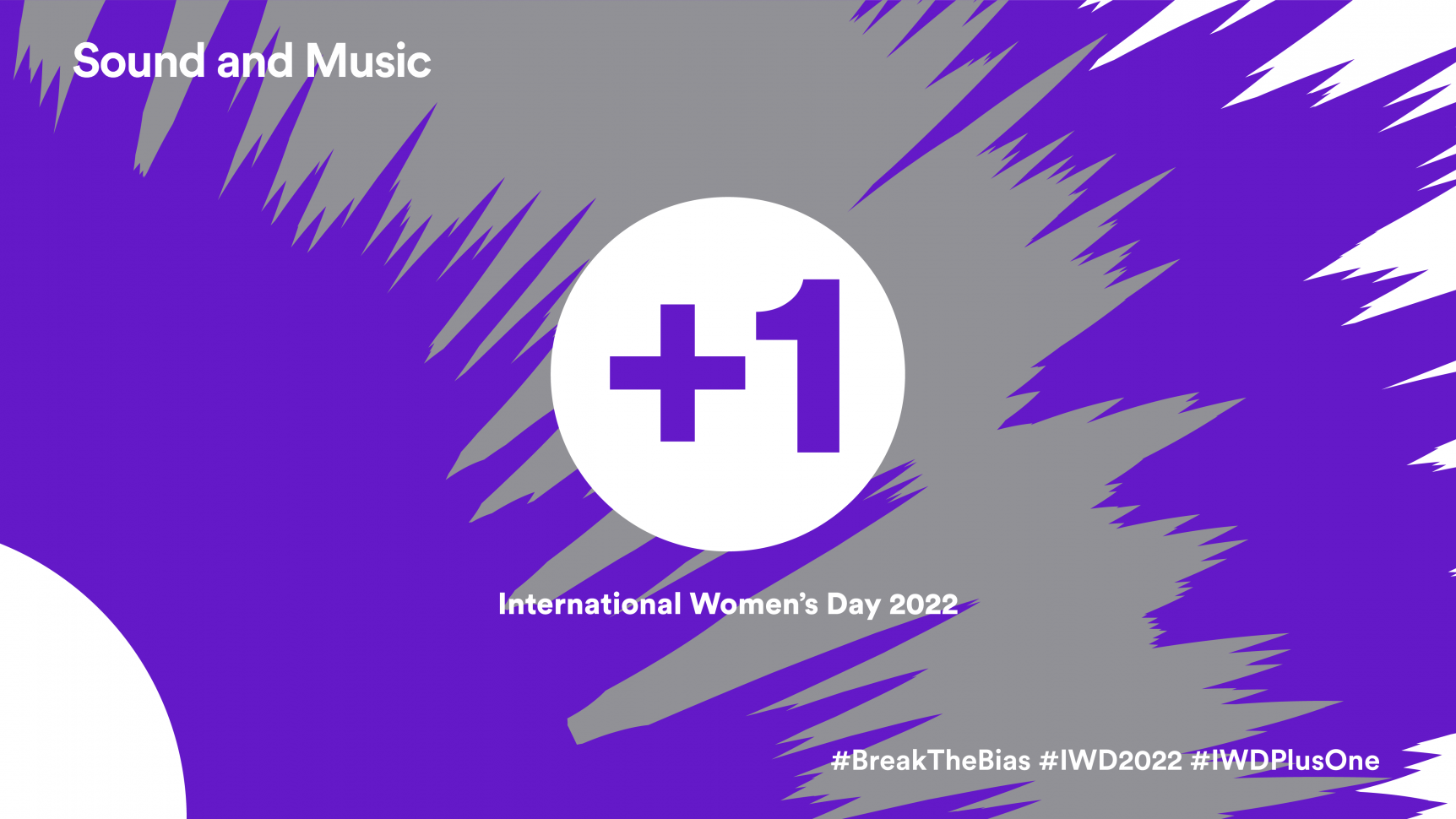 We’re thrilled to announce that we’re celebrating International Women’s Day this year with the launch of a new and inclusive campaign, showcasing composers and music creators who identify as women, trans and non-binary.

Encapsulated in our slogan “everyone’s invited”, our #IWDPlusOne campaign aims to platform conversation around inequality through the championing and amplification of marginalised, intersectional, voices.

Since first publicly releasing our data on International Women’s Day 2016, Sound and Music has been committed to addressing the barriers that prevent women and minority genders from applying to, participating in and engaging with our work, as well as with the wider music sector.

Despite significant improvements during this period, including major sector-wide change through our widely praised Fair Access Principles, our data (to be released on Tuesday 8th March) shows there is still work to be done.

Join the party with our #IWDPlusOne campaign on Twitter

From Sunday 6th March, ahead of International Women’s Day, we will launch our #IWDPlusOne campaign on Twitter. Here, we invite you to share the work of artists and composers you feel deserve a spotlight or are making waves in the industry.

Bring your plus one to the party by simply tagging @soundandmusic in a tweet with the artist’s name, image or music, alongside the hashtag #IWDPlusOne. We will reshare and celebrate the posts of those who resonate with the day – everyone’s invited!

On Tuesday 8th March, we are also launching an Instagram mini-series, ‘The Guestlist’, featuring interviews with producer-DJ Flora Yin-Wong, interdisciplinary artist Jesley Faye and sound artist Damsel Elysium (recently featured in Vogue). Offering fresh perspectives on the music industry, the series (hosted by Naila Barrett) anchors itself in the issues of sustaining a creative career while facing and fighting barriers.

We hope you can join the party – don’t forget to bring your plus one!

“+1 does what I can only hope the music industry will continue to do: champion marginalised voices. A world where exclusion is a thing of the past and inclusivity is the norm, encapsulates the purpose of this campaign. Creating +1 from just an idea to a campaign has been a dream of mine and with the support of Sound and Music, this is just the start. ”

“My mum would be my +1 because she is incredible – she’s the one that’s been behind me my entire life, and who encouraged me to persevere with my work and who I am.”