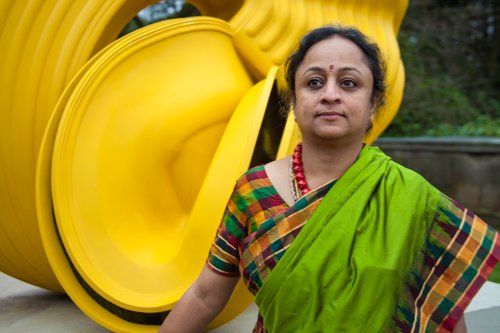 Supriya Nagarajan joined the New Voices programme in 2018 following a 20-year career in the financial sector. As an emerging composer starting out later in life, she already had the skills to produce very accomplished work but needed to forge connections within the industry to truly flourish.

Through the New Voices programme and her continued relationship with Sound and Music, Supriya’s work continues to go from strength to strength, with national and international commissions coming about as a result of her time on the scheme.

We recently caught up with Supriya to hear more about her experience of New Voices, and it’s continuing impact on her career.

Before New Voices, how would you describe your work and where were you professionally?

I was, what I would classify as, an emerging composer. I had been an accountant with HSBC for 20 years and then, in 2005, I decided to quit to follow music as my passion.

It took me from 2005 till about 2013 to actually find my space, because there was a lot of work that I did where I was ticking everybody else’s boxes. I was mostly based in Yorkshire and one of the things that I said when applying to New Voices was that I really wanted to expand my presence in London, because – no matter how we disguise it – a lot of the music scene is focused on London and I always wanted to work with the organisations and festivals there.

What was the project that you created through New Voices and how did it develop on the scheme?

The project that I applied with was The Sound of Tea. You can capture the other senses related to tea – the taste, the smell and the visual aspects – but I wanted to capture the sound of it. I don’t think I deviated much from the plan as I was quite sure of how it needed to unfold. I selected the people who would be involved in consultation with my Creative Project Leader, and also discussed ideas about where it could be staged and that kind of thing.

We were really lucky because, after we got onto the New Voices programme, we also got funding from PRSF and Arts Council England to do a full tour. It was quite substantial funding which we wouldn’t have received if that first £6,000 from New Voices hadn’t arrived.

Was there anything that you discovered compositionally as a part of the New Voices process that you hadn’t considered before?

I would say that exposure to the kind of music that everybody on the scheme made definitely widened my horizons. I have taken little bits from everybody’s practice in terms of how they work, just by interacting with them. I’ve stuck mainly to the kind of work that I really want to develop, but the way I think about it has definitely been impacted by New Voices.

How would you describe New Voices in just a couple of sentences?

It changed my practice, gave me depth and extended my remit of work. It gave me opportunities that I would not have had anywhere else and the freedom to explore the idea in a non-pressured space.

Which part of the New Voices programme had the biggest impact for you?

The three coaching sessions with Richard Whitelaw were wonderful because his role was to basically listen; I could talk through things and he wasn’t there to advise, just to listen. It was fantastic with both Richard and Harry (my Creative Project Leader) because they recognised that I was in a different place to some of the others in the cohort, and so they tailored the coaching and mentoring to my needs. It was brilliant because you need that space to just talk from time to time. 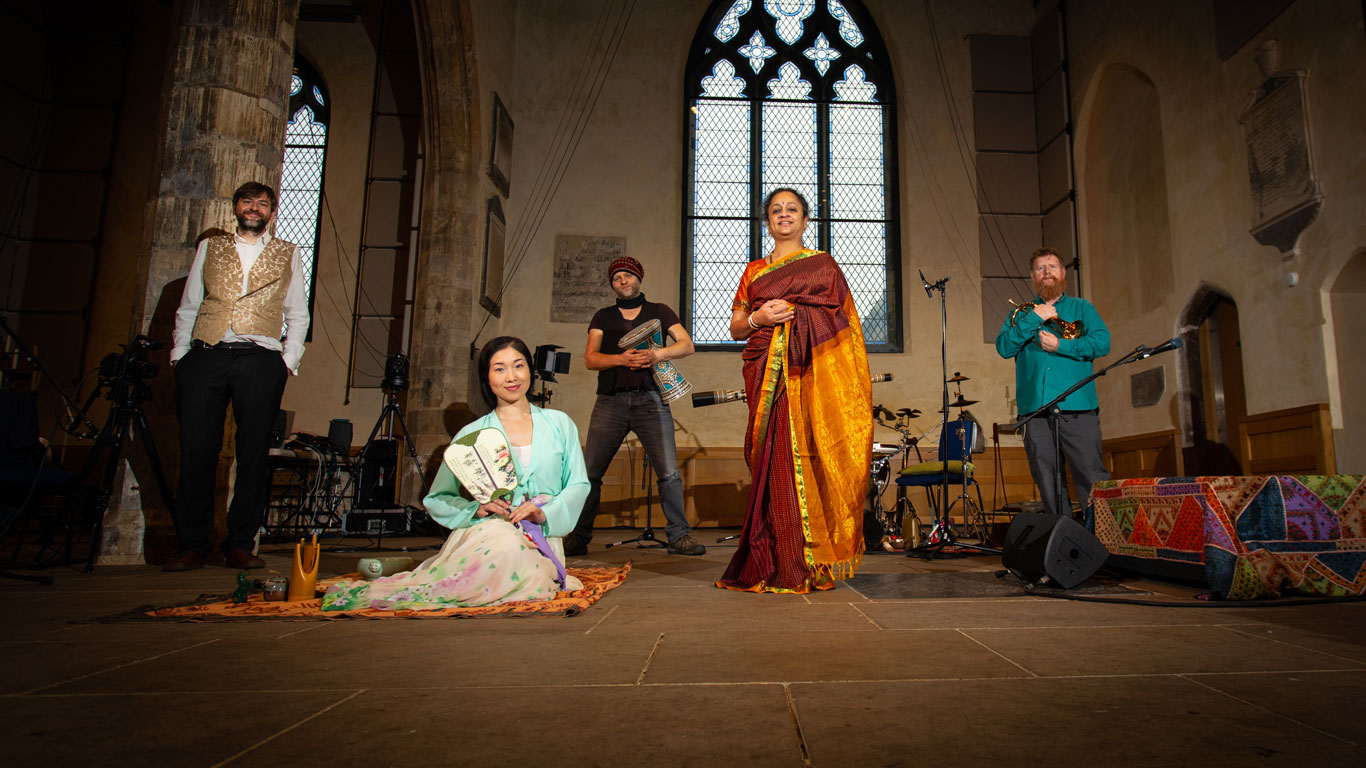 [Supriya and her collaborators on The Sound of Tea.]

Where you are right now and how has New Voices helped get you there?

Since being on New Voices, I’ve had introductions into London and performed at the Southbank Centre and Royal Albert Hall. Working with Sound and Music has meant that there is recognition for my work in certain spheres that I didn’t have access to before.

I think one of the biggest things that happened was, I was recommended to talk at the PRS Foundation conference in 2018 by Susanna Eastburn (CEO of Sound and Music) and that actually changed the scope of my work a hundredfold. I had a really open and frank discussion with a panel about my practice, my changing careers. From then on, I had a relationship with PRSF and one thing led to the other, and, out of that conference, I’ve probably had six pieces of work.

I never forget the fact that these things are all connected. Everybody knows everybody in the composer world, but to get into that world is not so simple either. To get a composition commissioned, I found distinctly difficult because I’m an older, South Asian woman. I’ve come into this as a second career so I found it more difficult to crack that thing open because what comes first? Can you prove that you can do it? Or will you get the opportunity to prove you can do it? It’s always going to be that puzzle.

I owe a lot to New Voices and the Sound and Music team because it all comes back to the fact that I was on New Voices in 2018. Without that, these opportunities would have never come my way.

Are there any new audiences that your work has reached as a result of New Voices?

Geographically, I have moved from reaching regional to national audiences, which is really good because I’m getting commissions nationally now. I did have links internationally already and some of those links are growing now too. If I’m working with the Southbank Centre and Royal Albert Hall, then somebody sitting in Norway will think favourably of offering me another commission. It’s a by-product of being known nationally.

A lot of opportunities have come my way since New Voices so I’m doing lots of interesting pieces of work; a piece for a youth brass band, two pieces of music for dance theatre productions and film music too. It’s a diverse portfolio, which has definitely grown since New Voices.

If you were to recommend New Voices to somebody, who would you recommend it to and why?

This is an interesting question for me, because one would think that the answer would be emerging composers who are on the threshold of launching their careers, but I think sometimes established composers need some time to just review their practice.

I would recommend it to any composer who is seeking the space to think about a project and have a mentor help them through the process of creating it. Just to take an idea forward without it being in the same space that they always do. If they want to do something different, I would say New Voices.

Our Artist Development work gives composers the opportunity to take their work to the next level. Whether that’s through helping them reach a wider platform like in Supriya’s case, or equipping them with the tools they need to produce more ambitious works.

None of this would be possible though without your support. To find out how you can play your part in the future of new music, head over to our Support page for more information.