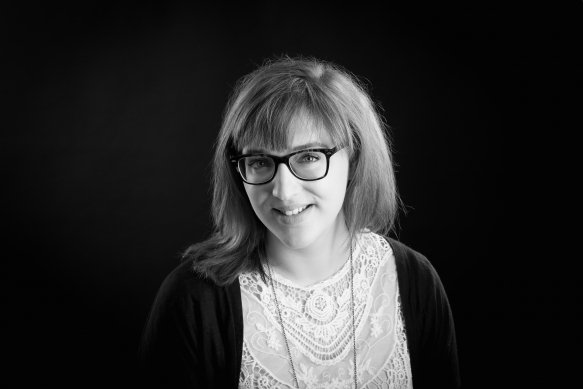 The George Butterworth prize is awarded annually to a UK-based composer, for an outstanding new work created through one of Sound and Music’s composer development programmes. We’re delighted to announce that this year’s winner is Sarah Lianne Lewis, for her work Blossoms in bloom are also falling blossoms. Listen to the work here.

Created as part of the Quator Bozzini Composers’ Kitchen project (part of our Embedded programme), the piece is inspired by a poem by Zen Master Ryokan, who explores the fragility of existence through the journey of a blossoming flower. It was workshopped in Montreal and in Banchory, and premiered by Quatuor Bozzini at soundfestival in Aberdeen. Below Sarah reflects on her experiences during the project and composition process.

Reflecting on my Sound and Music Embedded residency with Quatuor Bozzini through their Composers’ Kitchen, it has struck me time and time again over the last six months how the project acted as a catalyst in many ways for my career as a composer.  Not necessarily directly linked to how my career has progressed in monetary value (though I do currently – finally! – have an even workload in terms of paid commissions and what I would term my ‘continuous professional development’, usually in the form of workshop opportunities or summer schools).  Rather, it’s more a reflection that for the last few years I’ve felt like I’ve been slowly and steadily climbing a mountain in terms of development as a composer, and by the time October 2017 came round (bringing with it the culmination of the Embedded residency with the Bozzinis), I felt, not like I’d conquered that mountain peak – there’s a long way to go yet! – but that I had managed to get to a point where I’d conquered a small section of that mountain, and the journey had changed from being a struggle of which direction to take, to knowing clearly the path on which I needed to be to continue.  It’s been fascinating to look back at where I started from, and how much I grew through the eight months of working alongside the quartet, mentors and fellow composers.

A lot of the credit for this goes to Quatuor Bozzini; they have a natural and infectious enthusiasm for musical exploration, and their desire to work alongside composers closely to achieve a desired sound shows in the finished pieces that were produced in the Composers’ Kitchen.  Perhaps one of the most valuable aspects of the Kitchen was that we weren’t constricted to simply spending time with the Bozzinis within a rehearsal/workshop environment; rather, we shared meals together and after a long day spent playing music, we spent the evenings discussing wider musical ideas and developing friendships.  Inevitably the evening reflections and hypothetical discussions of musical ideas would work their way into the piece come the rehearsal the next day.  By the time October came round, when we sat down again together to work on our finished projects, it was like welcoming old friends, finding it a joy to once again sit down and play and talk about music together.  I really value the friendships I have made with the Bozzinis, with fellow composers Rebecca, Lawrence and Jason, and with Linda and Bryn, the mentors for the project.

Credit must also go to both Linda Catlin Smith (Canada) and Bryn Harrison (UK).  Both were valuable as mentors and sounding boards for my wandering thoughts about the work I was developing for the quartet.  Outside of a traditional educational environment, the mentor role became one of wisdom and shared conversation, the direction of thoughts driven by what I was interested in, rather than the role of ‘teacher’ and ‘student’.  Conversations over the residency period with both Bryn and Linda enabled me to discern my end-goal for the piece, and a wider picture of the music and direction that I wanted to develop in the future.

The length of the residency – and the extended workshop time (8 days of workshops in April 2017, 4 days of rehearsals in October 2017) – along with the small group of composers (only four of us, two British composers, and two Canadian composers) meant we were able to use the initial workshop time as we wished, without the pressure of a looming deadline or a desired ‘finished’ piece.  We had an open ‘work-in-progress’ concert in Montréal at the end of the April residency week, which gave all of us composers a chance to hear our works in the context of a concert, and to discuss with the audience thoughts about how to develop the piece for the October concert in soundfestival in Aberdeen.  Having six full months between the initial workshop stage and the final rehearsals for the premieres gave us time to step back from our works, and reflect fully on the piece, without rushing to finish it.

I walked away from the residency without the finality that sometimes comes from shorter projects or summer schools.  It felt very much like doors were still left wide open, and conversations were left to be continued over the coming months and years.  I’m not one to be all gushy about experiences, but whenever someone has asked me about the Composers’ Kitchen residency, I’m always saying how valuable and genuinely life-changing it was for me as a composer.  I’ve always been a rather shy person (that’s not going to change any time soon!), but through working with the Bozzinis, I not only developed and honed my process of how I approach composing and how I develop my musical material, but I also discovered a boldness and self-assurance in my own compositional voice and what I want to say with it.

This has already influenced interactions I’ve had as a composer since, and my experience working with the quartet encouraged me to rewrite substantial parts of string sections of an orchestral piece (originally written in 2016 for the BBC National Orchestra of Wales) prior to it being reprogrammed in Spring 2018.  And as I currently develop a new work for string quartet, almost a year since the first workshops for Blossoms in bloom are also falling blossoms with the Bozzinis, I am ever so aware that the music that I am currently writing – along with the way I now approach workshops and rehearsals – wouldn’t have been possible without the experiences of Sound and Music and Quatuor Bozzini’s Composers’ Kitchen.

Sarah Lianne Lewis (b.1988) is a Welsh composer, living in the Vale of Glamorgan. Her music is influenced by her native Welsh landscapes, Japanese poetry, and the architecture of performance spaces, and has been described as “quiet and delicate” (Matthias Roth, Rhein-Neckar-Zeitung, 2016), and “full of imaginative sonorities”  Steph Power, Wales Arts Review, 2016). She studied at Cardiff University between 2006 and 2011, receiving a BA 2:1 (Hons) in Music and History, and an MMus in Composition. Since graduating, she has received several commissions and performances from UK and European festivals, and has enjoyed leading educational workshops and holding public masterclasses discussing her music.

Embedded was a Sound and Music composer and creative-artist development programme. Funded by The Esmée Fairbairn Foundation and the PRS for Music Foundation, Embedded placed a selection of composers from a range of disciplines into extended relationships with leading national arts organisations.