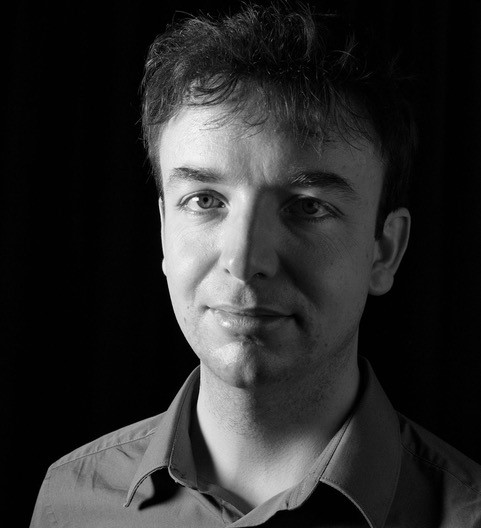 Drawing on a number of contemporary influences, Edmund’s music frequently makes use of electronics and technology to explore the sounds of words and poetry through music.

Different islands, my New Voices composition, is inspired by a poem. At first glance, this statement seems fairly unremarkable. Many composers refer to other art forms during the creative process; think of all the compositions, past and present, which have titles taken from works of literature. What if you were to read the first sentence again and ask yourself the following questions: What does it mean if a composer says that their music is inspired by literature? Does this communicate anything about how the music might sound? If I told you that my new composition was inspired by a poem, would you hear it differently than if, for example, I presented a composition with a generic title such as String Quartet?

The degree to which music can, or should, be ‘about’ anything other than sound is a complex issue which I will not attempt to answer here. Nonetheless, for many composers, myself included, aspects of the creative process frequently touch on the questions that I raised at the start. In my case, much of my music arises from my interest in early medieval literature. This fascination began when I studied Old Irish, Old Norse, Old English and Middle Welsh at university, and continues in my current postdoctoral project, ‘Augmented Vocality’, at Royal Birmingham Conservatoire. My compositional processes are often informed by the sounds, structures, and themes that can be found in early medieval poetry. In Different Islands, much of my musical material was derived from the rhythms of words and phrases heard when an Old English poem is read aloud in its original language.

Although Old English poetry sounds like a foreign language to anyone who has not studied it, it is more than just a collection of sonic patterns. In particular, the poem on which my composition is based is full of emotion and meaning. The poem, Wulf and Eadwacer, is one of the earliest English texts in which the narrator is a woman. We know this due to the word endings she uses – Old English has very different grammatical structures compared to the modern language. The narrator describes isolation, loss, and complex feelings of desire and hate towards a man who was presumably her lover, and who was also the father of her child who has been taken away from her. The poem’s setting, on a rainy island in the marshes, seems to mirror the narrator’s isolation.

Considering the poem’s subject matter, perhaps you imagine that my musical response will be sad, contemplative and slow-moving. This raises yet more questions. Shouldn’t the music be sufficient in and of itself, without needing a story to engage the listener’s interest? Am I relying on another art form – in this case, an Old English poem – to provide a sort of emotional scaffolding for my music? By giving some information about my starting point and creative process, am I telling you, the listener, how I expect you to feel? Again, there is much that could be said in response to these questions. From my perspective, I hope that by sharing the things that inspired and interested me during the composition process, this might provide a way into the sound world that I’ve explored in my composition. You don’t need to know Wulf and Eadwacer to listen to my New Voices composition, but a bit of background information might give you the possibility of engaging imaginatively with (and beyond) a text that also intrigued and inspired me.

Having stressed the importance of the sound of spoken text during my creative process, it might surprise you to learn words and sounds from the poem are not heard at any point in the composition. Although Different Islands is scored for dancer, string quartet and live electronics, technology is used solely to filter and process the string quartet’s playing, rather than to include pre-recorded vocal material within the piece. If ‘writing about music is like dancing about architecture’ (to quote a frequently-attributed cliché), then surely dancing about an Old English poem is like… dancing about an old English poem! The connection between dance, poetry and new technology might appear contrived and tangential. Is my attempt to re-present an Old English poem an act of cultural vandalism towards a relic which has survived, against all the odds, for over a thousand years? Rather than inhibiting my creative response to the text, these issues informed my choice of methodology for the project.

There is no single answer for how artists can, or should, draw on ancient or culturally significant artefacts to create something new. In my work, I am not only drawn to medieval literature because I studied it at university – I firmly believe that these texts can point to ideas that are relevant for us today, highlighting our shared humanity. A poem such as Wulf and Eadwacer offers a glimpse of another time and place, in some ways both familiar and strange. Before I began to write Different Islands, I was intrigued to read (in translation) a statement by the composer Pierre Boulez. When discussing his response to literature, he proposed that ‘a poem around which music has crystallized can be, like a fossil, both recognizable and unrecognizable – both a core and yet absent’ (Pierre Boulez, Orientations, J-J. Nattiez, Cooper, Trans., London: Faber, 1986).

Drawing on Boulez’s fossil analogy, I used a looped recording of the spoken Old English poem to control the different live electronics processes that were applied to the string quartet. In this way, the text was imprinted into the ‘earth’ of the live electronics. The choreographer for this project, Victor Fung, worked with dancer Chloe Hillyar to develop movement in response to the music, while also drawing on the themes and images expressed by the poem. Although the text is not heard, music, movement and electronics become like a plaster cast of the tenth-century poet’s words. This opens the possibility for the poem to be experienced differently to the linear structure of the written text, perhaps analogous to a multi-dimensional object. In this sense, the poem has become ‘a core and yet absent’ in my music.

Early medieval texts, such as Wulf and Eadwacer, were copied out by scribes from one manuscript to another, often over a period of many centuries. By engaging with these texts as contemporary creators and audiences, perhaps we are participating in the process of transmission that began when they were first written, many centuries ago. Our responses add a twenty-first century layer on top of the many voices that have read, discussed and pondered these texts throughout the ages. In this way, we too become part of the fossil record.

This project was made possible as part of Sound and Music’s New Voices programme, with funding from Arts Council England, PRS Foundation, RVW Trust and The Garrick Charitable Trust.