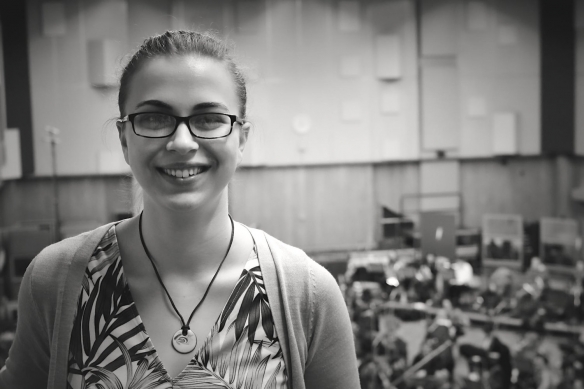 We caught up with Lillie Harris – one of our Summer School alumni – to find out how the course impacted her life and hear about what she’s gone on to do since.

Before attending my first Sound and Music Summer School, I’d just finished my GCSEs and had been pleasantly surprised by how much I’d enjoyed the composing element of GCSE Music. I always looked forward to the lessons where we would sit at the computers and work on our pieces! Apart from that, I can’t remember actively thinking about ‘composing’, but my piano teacher insists that I used to come to my lessons, even when I was quite small, with little ideas to play to her, and I do remember getting distracted by interesting mistakes I’d make when practising scales or pieces. I’d always been very creative (read also: messy, sorry mum) but this was primarily focused on creative writing, origami, building things out of cardboard and paper, etc…

After doing my GCSE Music, and because I was struggling to feel enthused about any other “sensible” career path like law, journalism, or astrophysics, I felt a kinship to composing and started putting my foot down – at that time, I wanted to write film music. I think my mum was a little exasperated by this point, and said fine, if I wanted to do it go ahead, but I should find some sort of summer school to prove it/learn more/take it seriously etc. I googled ‘composing summer school’ and bingo, there was Sound and Music! We couldn’t believe how perfect it sounded so I applied – with admittedly a hiccup when by that point all the film course spots were taken and I was a bit upset! But Judith very generously persuaded me it would still be worthwhile, and damn was she right.

I attended in 2010-11 when I was 16-17, so it was perfectly timed for the moment where pupils are really being encouraged to make A-Level, degree and career choices. From the very beginning, there was something special about the Summer School. I remember meeting a few other attendees at the station where I think we were picked up in a minibus. Instantly we got along, and I felt very comfortable with them. I think that’s the part I remember most distinctly, the ‘this is my tribe’ feeling I had throughout. I’d never been around so many people my age who were so like me, with so many shared interests (not just music) and whose company I felt so comfortable and happy in.

I was very lucky to attend a private school (with a lot of scholarship and bursary support) but the downside was it was quite small, and so there weren’t many students who I really clicked with, and I quite often felt a little bit guarded. But at the Summer School, we were all together! It made me feel so normal, whereas at school being an enthusiastic student who was keen on music (going to choir and orchestra) put you in a fairly small group and was really “not cool”. Meeting other musical teens and hearing their ideas, and their other activities like being in bands and songwriting, just opened my eyes to the world I could be living in. Likewise, having the group leaders and professional musicians showing us what being a musician could be was so important – here they were, real adults, earning a living through music! And being really cool and nice! The other really key thing I got was an idea of the expected standards if I were to continue, and the sort of dedication I’d need to put in. (I was still taken aback when I got to the RCM, but it definitely set me up for that!) 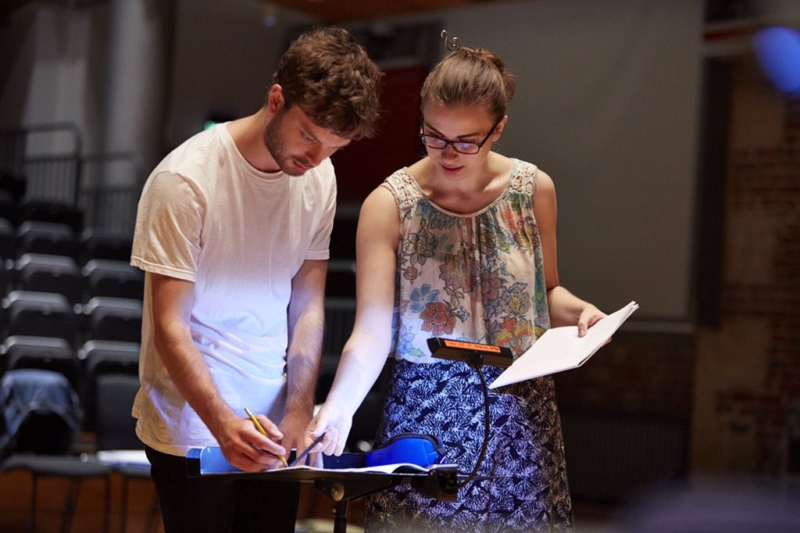 After the courses, I just knew that this was what I wanted to do. I’d had my mind opened up to new ways of composing, different styles (I was even starting to open up to more atonal sounds as well) and had the knowledge that a musical community of people like me was out there. Most importantly, despite some of the difficulties that come with composing, I loved it. So I took it more seriously – tried to compose more in my own time in addition to my A-level Music. I took part in the Young Xenarchitects project after my first Summer School, which was so exciting, having my music performed at the Southbank Centre! (And Haris Kittos was there, who ended up being my professor at RCM) I wrote a piece for the BBC Inspire competition – not selected, but I attended their day at the RCM – where I ended up studying. I wrote some small bits of music for a family friend’s university film project. I took some private music theory lessons to try to improve my basic knowledge and compositional technique. And, in the end, I got into the RCM in 2012 to do my composition undergrad (after spending 8 months on their reserve list!).

Now, I’m nearly 4 years out of college (already!) and I think things are going pretty well. RCM truly opened my mind and ears to contemporary music, and gave me a proper appreciation for it (although I still don’t like 12-tone really). Haris was a really supportive professor and helped me grow, whilst always asking useful questions and pushing me into good directions. I’ve done a number of emerging composer schemes with different orchestras which have been excellent career development opportunities, and just now I think I’m starting to forge a little groove for myself. Last year, I was on the National Youth Choir of Great Britain’s new composer scheme and it was excellent; I’d been vaguely thinking for a while about writing vocal music, because I still love words so much and although it wasn’t really offered as an option at RCM, I thought I’d like to explore it more, especially after some great workshops with the Tenso network.

After the NYCGB scheme, I’ve got the choral bug and I’m loving it! I find it so satisfying to set text, to bring the words into a musical life, it feels very natural to me; I find it a much less emotionally agonising process to compose for voices than for instruments! I got a commission last year to write a piece for the Chapter House Choir in York (sadly postponed) and am just about to write a new song with Laura Attridge for the Royal Opera House through their Engender Network. In addition to composing, I use my notation skills to do music preparation for recording sessions and write the user manual for the notation software Dorico (who is now connected with Sound and Music so it comes full circle!).

If you’d like to find out more about the Sound and Music Summer School and how you can support it, please get in touch with our team here.