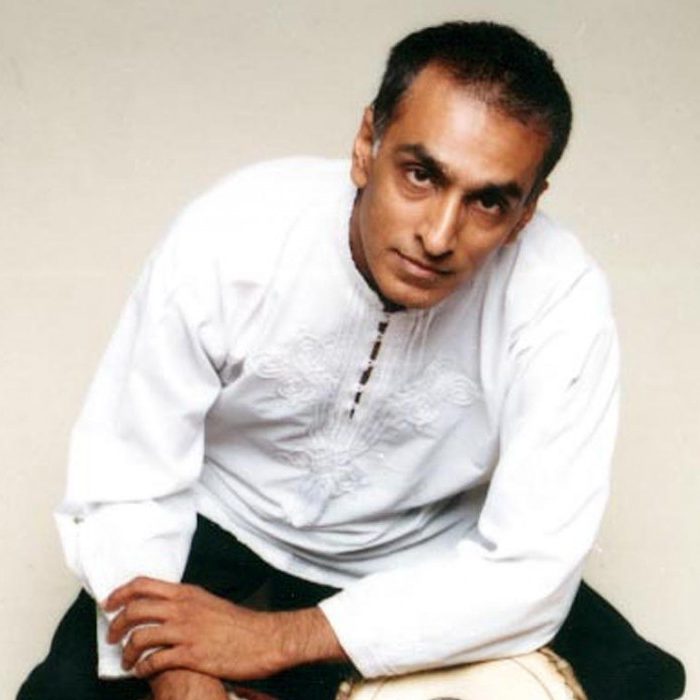 ‘Sound and Music is one of the very few organisations that support upcoming and professional composers to create new musical works. The organisation creates projects and platforms where creators can develop their careers. In a challenging time where commissioned work is rare, this work is essential.

‘I have had the privilege of working on various projects with Sound and Music and have seen first hand how its projects make a difference. The musical community would be at a loss without such an organisation!’ – Kuljit Bhamra

One of the most inspiring musicians in the British Indian music scene, Kuljit has composed and produced over 2000 songs and is responsible for the rise to fame of numerous Bhangra and Bollywood stars. A pioneer of the worldwide Bhangra phenomenon, he combined traditional Indian rhythms with western instruments and recording techniques, thus transforming Punjabi music into a new dance-floor sound.

He has worked, both independently and collaboratively, on film scores including the soundtrack for the award-winning Bhaji on the Beach, A Winter of Love, Bend it Like Beckham and appearances on The Guru, The Four Feathers, Brick Lane, Charlie & The Chocolate Factory, A Little Princess, Wings of a Dove, Jadooand the recent television drama Indian Summers.

He was the last Artistic Director of The Society For The Promotion of New Music (SPNM)  – the first British Asian and self-taught-musician to hold this post in its 65-year history. During office there, Kuljit spearheaded innovative projects such as Bhangra Latina, Folk from Here, Raga Mela and Tablature!  – a new tabla notation system which allows students from differing backgrounds to learn the instrument.

In partnership with Exeter University and The Southbank Centre, Kuljit has created a touring exhibition called The Southall Story and a digital archive of the cultural history of Southall, and his passion for making Indian music and instruments more accessible to non-Indians has led him to create a range of educational materials called Demystifying Indian Music.

Kuljit is the recipient of many awards including a platinum disc for outstanding record sales presented by the much-loved BBC Radio DJ John Peel. His cutting-edge projects and educational work earned him an MBE in the Queen’s birthday honours list 2009. The citation reads ‘For Services To Bhangra & British Asian Music’ and is the first time that these genres have been acknowledged in this way.

Find out more about Kuljit