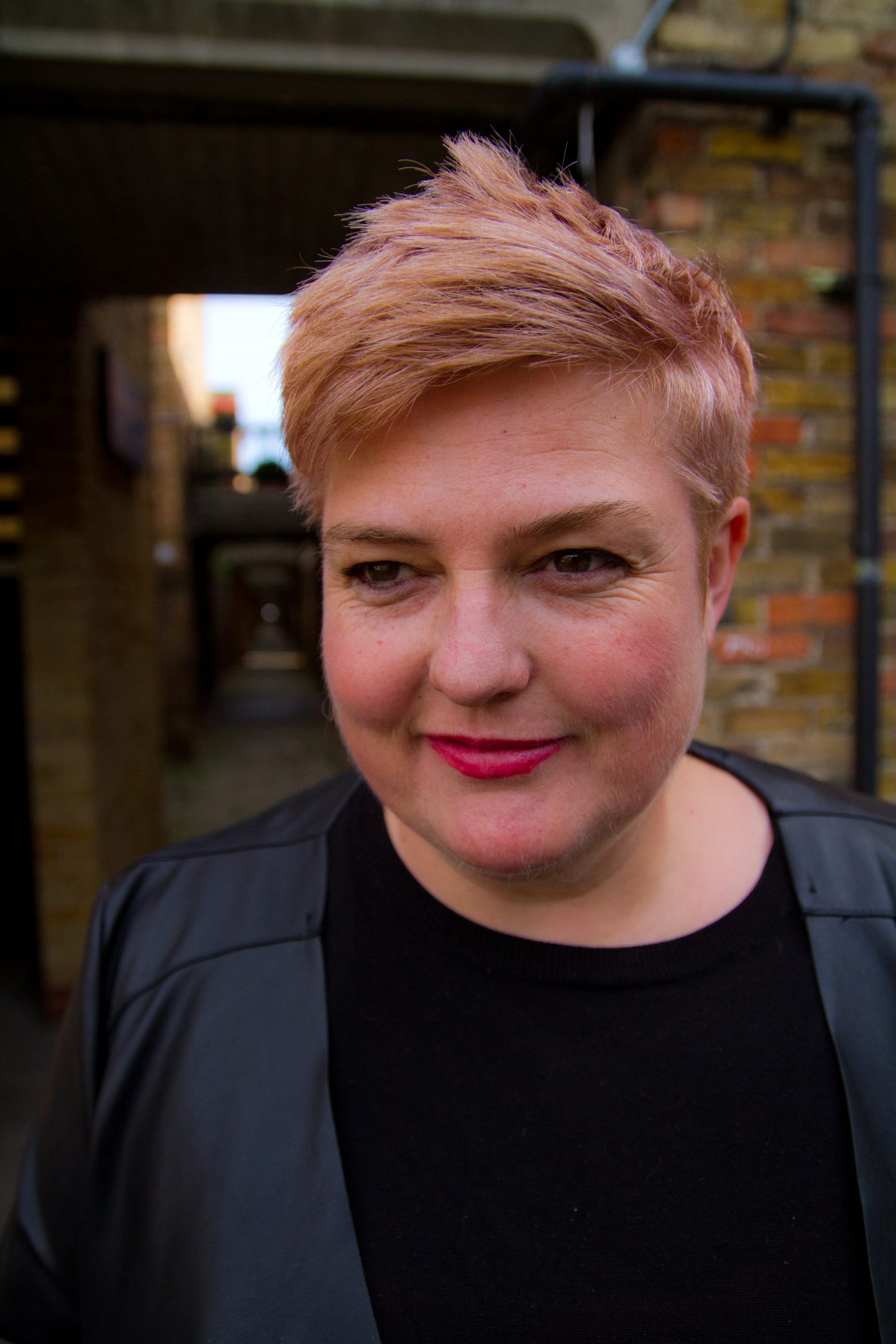 Jo Thomas is a London based electronic music composer. Her electronic music captures a combination of raw and sensitive sonic matter. Her work stems from her own voice, electronically generated signals and often new and innovate electronic instruments, her latest addition is a twelve string chapmen stick.

Jo runs her own label called Soft Apple she often collaborates with other artists,and runs music events and sound walks around London.

Her work has been commissioned by the UK,Switzerland, Sweden, Portugal, France, having performances in the USA, Canada and Australia.She has been working with electronic sound since being a teenager, coming from a classical background which has been fused with pop and experimental jazz.She has a PhD in electroacoustic composition from City University (2005) In 2012 Jo Thomas won the Golden Nica in Prix Ars Electronica Digital Music’s and Sound Art Category for her work Crystal Sounds of a Synchrotron.She has been nominated for a quartz award in the new discoveries section.As an artist has performed alongside a number of artists including Will Dutta Lara Jones, Charles Hayward, Maria Chavez, Lee Gamble, Phil Niblock and Squarepusher. Her work has been performed in venues local and worldwide including Cafe Oto, Queen Elizabeth Hall, Trafalgar Square, London, Tate Modern, Salon De Messian and Radio France Paris, Prix Ars Electronica, Kings Place London, New Federation Square Melbourne, MIT Boston and Stanford University. She has been commissioned in studios internationally such as INA GRM Paris, the Djerrasi studios, San Francisco and EMS Stockholm. Her work has been performed in Festivals such as the Huddersfield Contemporary Music Festival, Prix Ars Electronica, Elita Festival Milan, Norbert Festival, Radio France,Tempo Reale Italy, Tempora Festival Bulgaria.

Jo identifies as being disabled and is an advocate of diversity and inclusion in music and the Arts.